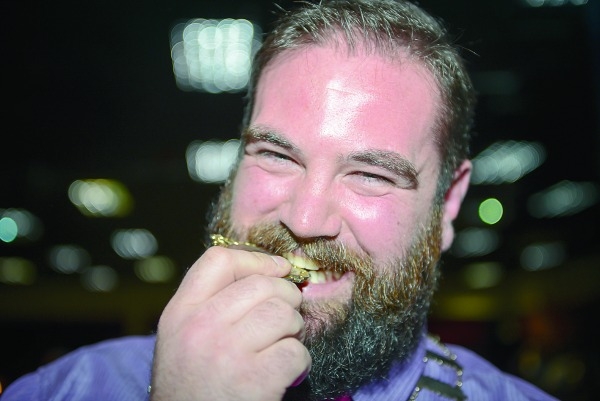 Philip Preston: Larger than life itself

THE community of Tallaght is this week in mourning after the unexpected loss of Tallaght Person of the Year and Tallaght Rugby Club’s youth development officer, Philip Preston.

A proud Tallaght man and ambassador, Philip (36), who grew up in Jobstown, passed away after a suspected cardiac arrest in the early hours of Wednesday morning – a massive loss that has sparked an outpouring of grief across the community.

An energetic supporter of Tallaght and its people, especially the younger generation, Philip’s enthusiasm for his community was admirable and infectious – with the Tallaght man possessing a natural ability to encourage, inspire and unite.

Since the sad news of Philip’s passing filtered through Tallaght, people have been left in shock over the loss of such a vivacious man, who was so full life, laughs and community spirit.

Last November, Philip was named Tallaght Person of the Year for his energetic work with Tallaght Rugby Club and for breaking down barriers to the sport through the Rugby on the Green programme – which saw Philip bring the game out into communities.

Since being given the accolade by Tallaght Community Council (TCC), Philip was rarely seen without his chains of office – and was even spotted sporting them with his Tallaght Rugby Club kit.

Speaking to The Echo, Gerry Stockil, the Chairperson of TCC, said: “This is an extremely sad day for Tallaght, and TCC is stunned and saddened to hear of the sudden and untimely death of Philip.

“We have worked with Philip since last year at many community events, where he carried out the duties of the role with boundless energy, vitality and an infectious positive drive.

“As Tallaght Person of the Year 2015 he made everyone, especially young people, feel great about themselves and to believe that the world was their oyster.

“He was a beacon of fun, positivity and hope for the community and Tallaght is very lucky and proud to have had Philip as part of our community – and we will honour him by trying to build on his immense contribution.

“You could not help but smile when in Philip’s company – simply put, he was a life force – the kind you don’t meet every day. Our thoughts and prayers go to his wife, Aoife, his daughter Kayleigh and his family, who were the centre of his life.”

Remembering Philip, Jim O’Connor, of Tallaght Rugby Club, said: “He was a big, big man with a big heart and the kids loved him.

“He made a massive impact as a player, but where he truly excelled was through his work with the juvenile teams which he took out every Sunday.

“He was a man mountain with a heart of solid gold, his contribution to our club will never be matched on or off the field.”

Philip’s lust for life and community was evident in the diverse projects he supported, with the Citywise education centre in Jobstown another grassroots organisation with which he had a strong connection.

John Keogh, the manager of Citywise, told The Echo: “Philip, his brothers and his daughter Kayleigh have been supportive of Citywise for many years.

“Philip was always on call and always available for Citywise and all of the other projects he supported. He really was such a proud Jobstown and Tallaght man.

“He was also so happy and so proud to help makes things work in the community.

“Philip was big in every sense but was a real gentle giant and was very much a family man. His presence and smile will be greatly missed.”

Philip will repose at his family home this Friday, July 8, from 4pm to 7pm before being removed to St Mary’s Priory, Tallaght Village, for a Funeral Mass on Saturday, July 9, at 11am.

Philip will be remembered by his wife Aoife, daughter Kayleigh, parents Philip and Rita, brothers Wayne, Codie and Seán and his extended family and friends.