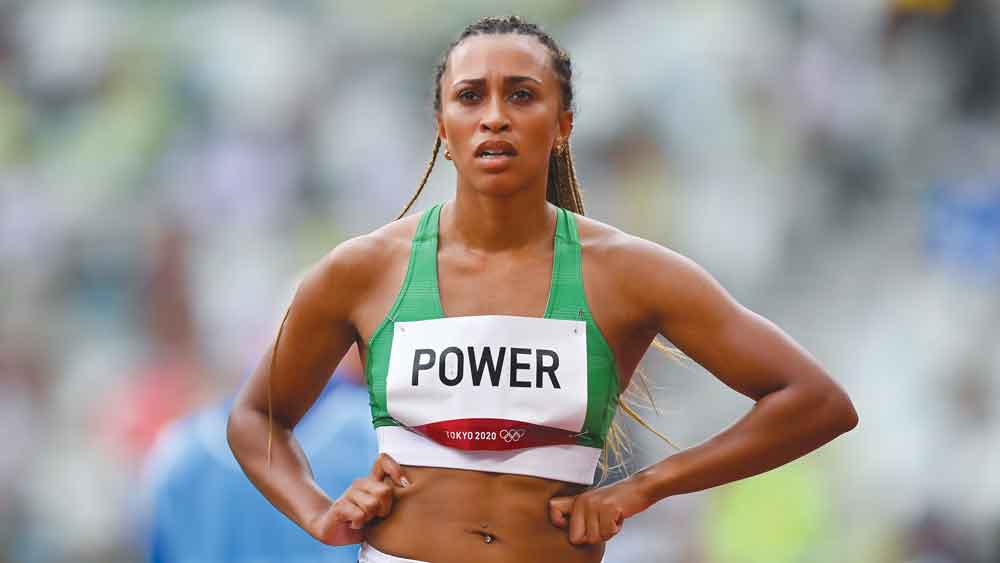 Power not giving up on prospect of 2022 return

NADIA Power is not prepared to write off 2022 completely just yet.

After a year in which she has been continuously plagued by injury, the Templeogue athlete is hopeful she can work her way back into contention to represent Ireland at the European Cross Country Championships in Italy in December.

Power, who enjoyed a superb indoor season in 2021 and lined out at the Tokyo Olympic Games 800m the following summer, has not been able to reproduce anything close to that form in 2022.

“I’ve had a terrible year” she told The Echo.

“I’ve just been injured really. I tore my plantar, which is a tendon at the bottom of your foot, and then I had plantar fasciitis on top of that.

“I did that at the start of the year and I was running on it in indoors and I didn’t know it was torn, but I was in a lot of pain, so I wasn’t racing very well.

“I had to take a lot of time out and I tried to come back and get some races in this season, but it was still not right.

“I wasn’t able to get into shape, so I just ended up stopping and I’m just building back up again now, doing a lot of re-hab.

“I just need to give it some more time. It’s just been really frustrating” she sighed.

Still, some light remains at the end of the tunnel for Power this year, as she looks to work her way back for the European CC Championship trials in the autumn.

Back in 2019, Power was part of the Ireland Mixed Relay team that finished seventh on that very stage when the championships were held in Lisbon.

And it is the prospect of again representing her country that is driving the former European Under 23 bronze medallist on in her bid to return to top-level competition.

“I just want to get back healthy for now, but I’m definitely thinking about breaking my PBs and representing Ireland again” she insisted.

“My immediate focus is just to get rid of the injury, but I do have half an eye on the relay team [for the European Cross Country Championships in December].

“That will be a goal I’ll look at for the winter.

“We finished seventh in 2019 and I was really hoping to do it last year, but I actually got Covid at the same time as the trials, so that was just unfortunate” she explained.

While still a member of DCH, Power has made the move to East London where she has joined an Adidas group and is now working her way back to full fitness under new coach, Matt Yeates.

“I really like the group and they’re really supportive. I just wanted to move to London for something different” said the Templeogue woman.

“I moved there just at the start of the summer and it was from doing testing with them that I discovered that I had a tear and that I needed to stop running.”