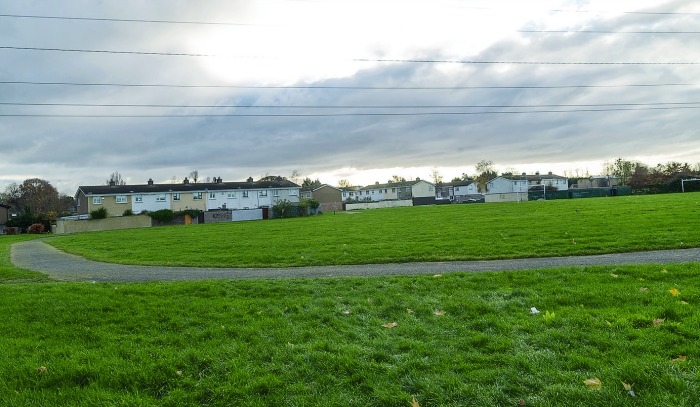 PROPOSALS for a new development of close to 60 rapid-build homes on undeveloped lands in Clondalkin, were published this week by South Dublin County Council.

On Tuesday, the council served notice in respect of a Part 8 development (public consultation) for 59 rapid-build homes at an infill site at St Cuthbert’s Park, off Lealand Road.

Clondalkin councillor Mark Ward said: “My position as the Sinn Féin councillor for the area is that we are going to carry out our own consultation with residents in Leland and Lindisfarne.

“After we have conducted this consultation we will consider our position based on the results of our consultation. Sinn Féin plan to knock door to door on this issue in the coming days.”

Fianna Fáil councillor Trevor Gilligan urges local community groups and residents to make sure they have their say on the proposals.

“I’m calling on them to make a submission at the earliest possible time if they support the plans or if they would like any changes made,” said Cllr Gilligan.

“The housing will consist primarily of two-storey houses, primarily grouped in terraces, and a smaller amount of semi-detached and detached houses.”

The plans contain proposals for new access off Lealand Road, with landscaping works to boundaries and a new green space/play area.

It is proposed that all houses will have a minimum BER energy rating of A3.

Plans can be viewed at the South Dublin County Council, Civic Offices, Clondalkin, or online through http://consult.sdublincoco.ie, or by email to construction@sdublincoco.ie.

The deadline for submissions is Friday, January 13, 2017.