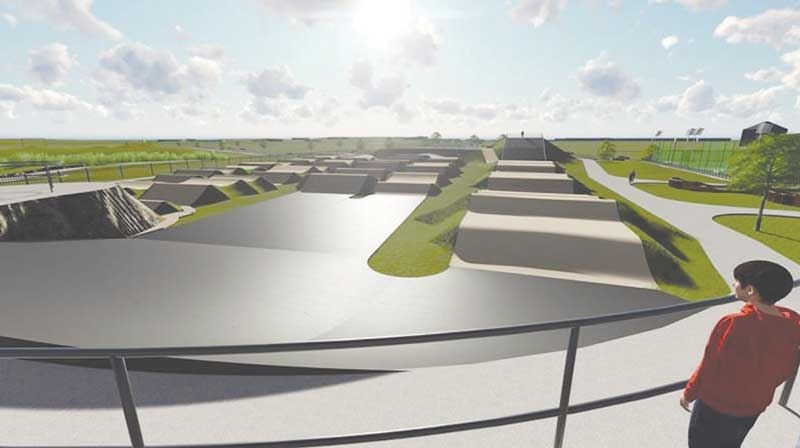 Public invited to have their say on BMX track

Public submissions in relation to the planned development of a world-class BMX track in Jobstown are now being accepted by South Dublin County Council.

The plans for the track, which is to be located to the west of Tallaght Leisure Centre, include an area for younger children, aged three years and up, to practice on balance bikes, while the track will also cater to serious BMX riders who want to train.

There are also plans for spectator areas on site, and a car-park extension to facilitate approximately 130 car spaces.

As reported in The Echo last month, the international-standard track will be run by DCBMX on behalf of the council, with the all-inclusive, community facility catering to those who want to ride for fun, right up to those interested in competing.

The plans and particulars for the proposed development will be available for inspection until Friday, January 12, at South Dublin County Council’s offices in County Hall, and the County Library, Tallaght.

The plans can also be viewed online on the council’s public consultation portal, http://consult.sdublincoco.ie.

As part of the Part 8 Public Consultation stage of the council’s planning application, the public is now being invited to submit observations relating to the proposed development dealing with the proper planning and sustainable development of the area where the track will be situated.

Submissions will be accepted until 5pm on Monday, January 29.