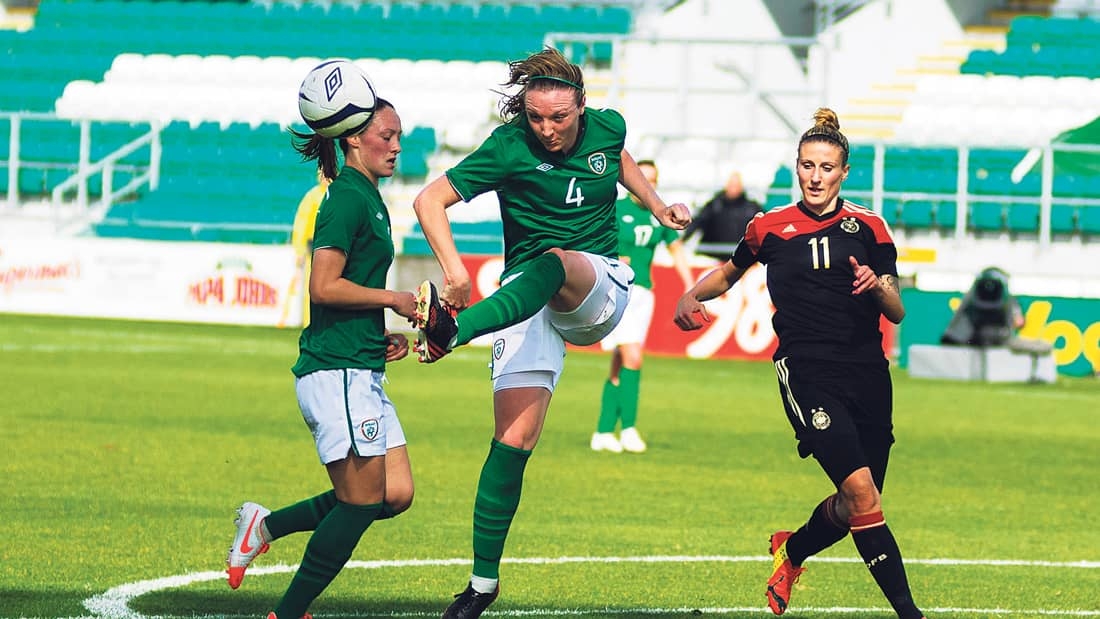 LOUISE Quinn is among the local players to be named among the winners of the ‘Three’ FAI International Awards.

The former Peamount United captain, who last week made the move from Arsenal to Fiorentina, was declared the 'Three' FAI Senior Women’s International Player of the Year for a second time.

The highly-rated centre half beat off competition from fellow Republic of Ireland senior internationals Denise O’Sullivan and Tallaght’s Katie McCabe to win the award.

Quinn, who had won this accolade back in 2013, told FAI TV, “It’s just incredible. I’m really, really surprised to get that.

“I think we’ve had such an incredible year with such changes and the players coming up and stepping up to the plate, so to get the award is something truly special,”

Meanwhile Shamrock Rovers midfielder Jack Byrne put the icing on a great year, in which he helped the Hoops to FAI Cup success and bagged his first Republic of Ireland senior cap, by scooping the SSE Airtricity League Player of the Year accolade.

Tallaght lad Jonathan Afolabi has been declared the Under-19 Men’s winner following his impressive performance in last year’s UEFA Under 19 European Championships in Armenia, where he made UEFA’s Team of the Tournament.