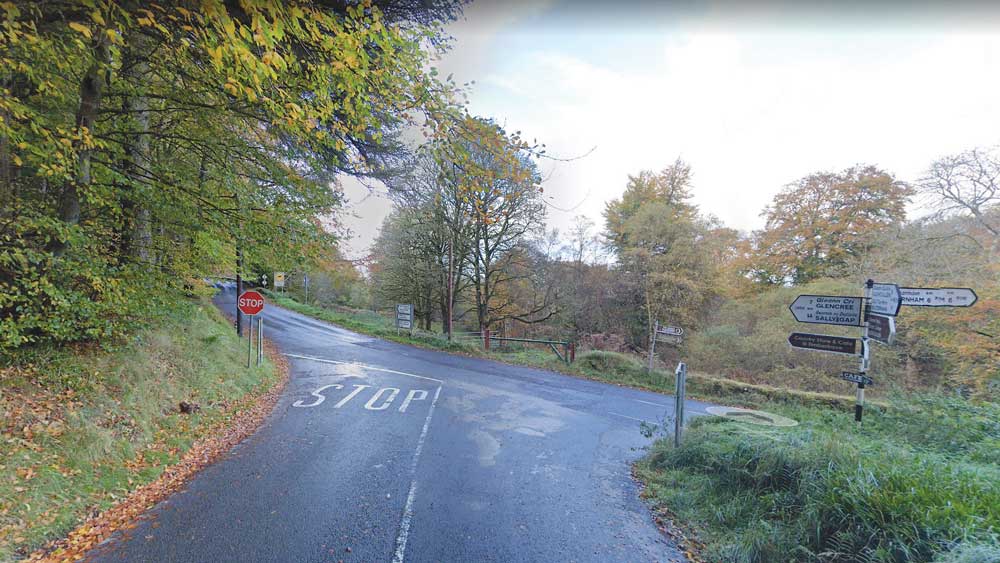 The area on Cruagh Road planned for the tea rooms

RE-ESTABLISHING tea rooms in a pine forest, which were identified in maps from 1829 and once were internment huts, is the focus of a planning application that has been refused by South Dublin County Council.

Frank O’Gorman has been refused planning permission to construct and reinstate O’Neill’s Tea Rooms at Cruagh Road in Rathfarnham having filed the application with the council on March 11, 2022.

Tea rooms at this location first appeared on historic maps produced between 1829 and 1842 by Ordinance Survey Ireland.

As outlined by Ernie Shepard in the book Behind the Scenes: The Story of Whitechurch District in South Co Dublin, Edmond O’Neill opened the Heather Tea Rooms utilising internment huts purchased from the Curragh.

According to the planning documentation, the internment huts were “used by the British Army to house Irish Independence fighters in the Curragh and was closed in December 1921 after Irish Independence was gained with the huts sold thereafter.

The applicant, Frank O’Gorman, has a “long term connection to the local area” with his family having lived on Cruagh Road since 1962 – with the subject site in their ownership more than 30 years.

In the late 1960s, the tea rooms at the pine forest closed.

Proposals for the construction of the tea rooms include a reception area, main tearoom area (restaurant/café), kitchen, lobby, two WCs, patio area and parking along with a septic tank and percolation area.

Works would include part of the original tea rooms building being demolished – which is not stated in public notices – with the overall works measuring to around 169sq.m.

On May 5, the local planning authority refused planning permission based on five reasons. Zoned High Amenity Dublin Mountains, which seeks to protect and enhance the outstanding natural character of the Dublin Mountains area, the subject site would be open for consideration for a restaurant/café.

However, the existing 4/5-foot-high wall structure with no roof on site is “not considered an existing premises” and therefore, contravenes the zoning objective.

For the planned vehicular entrance from the Cruagh-Glencullen Road junction, “it has not been satisfactorily demonstrated that the proposal would not endanger public safety by reason of a traffic hazard” according to the council.

Also, in coming to its decision, the council was of the understanding the application lacked “essential ecological information” and has insufficient detail regarding surface water drainage requirements.

There was no documentation attached with the application showing how the proposed development would be positioned in such a way to minimise environmental and visual impact into the rural character for the landscape sensitively.