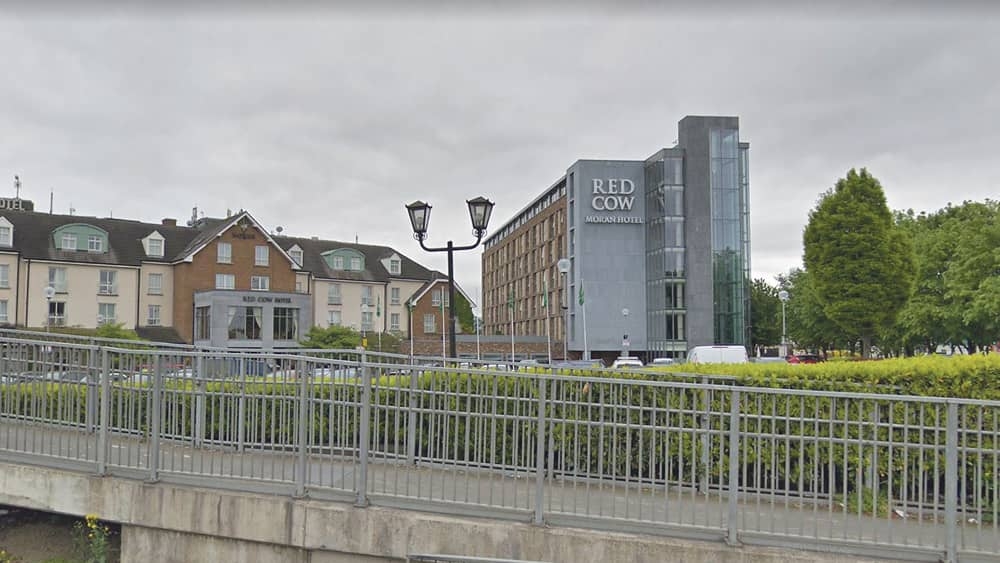 THE Red Cow Moran Hotel has been designated as a facility for mandatory quarantine by the Department of Health.

Located on the Naas Road, near the M50 interchange, the Red Cow Moran Hotel will boost the number of available rooms by more than 300.

The Government has been battling a shortage of rooms after adding 16 countries to the list last Thursday, a move that prompted a surge in demand that led to the temporary suspension of bookings.

People are required to complete mandatory quarantine if they arrive into the country from a list of designated states.

This includes people who have been in designated states at any time in the 14 days before arriving in Ireland, or if they have travelled through an airport or port in a designated state.

The time may be reduced if a passenger receives a ‘not detected’ result following a Covid-19 PCR test on the tenth day in quarantine.

It may also be extended if a passenger tests positive during their stay.

The cost of the hotel stay, which has to be booked before travelling to Ireland, starts from €1,875.