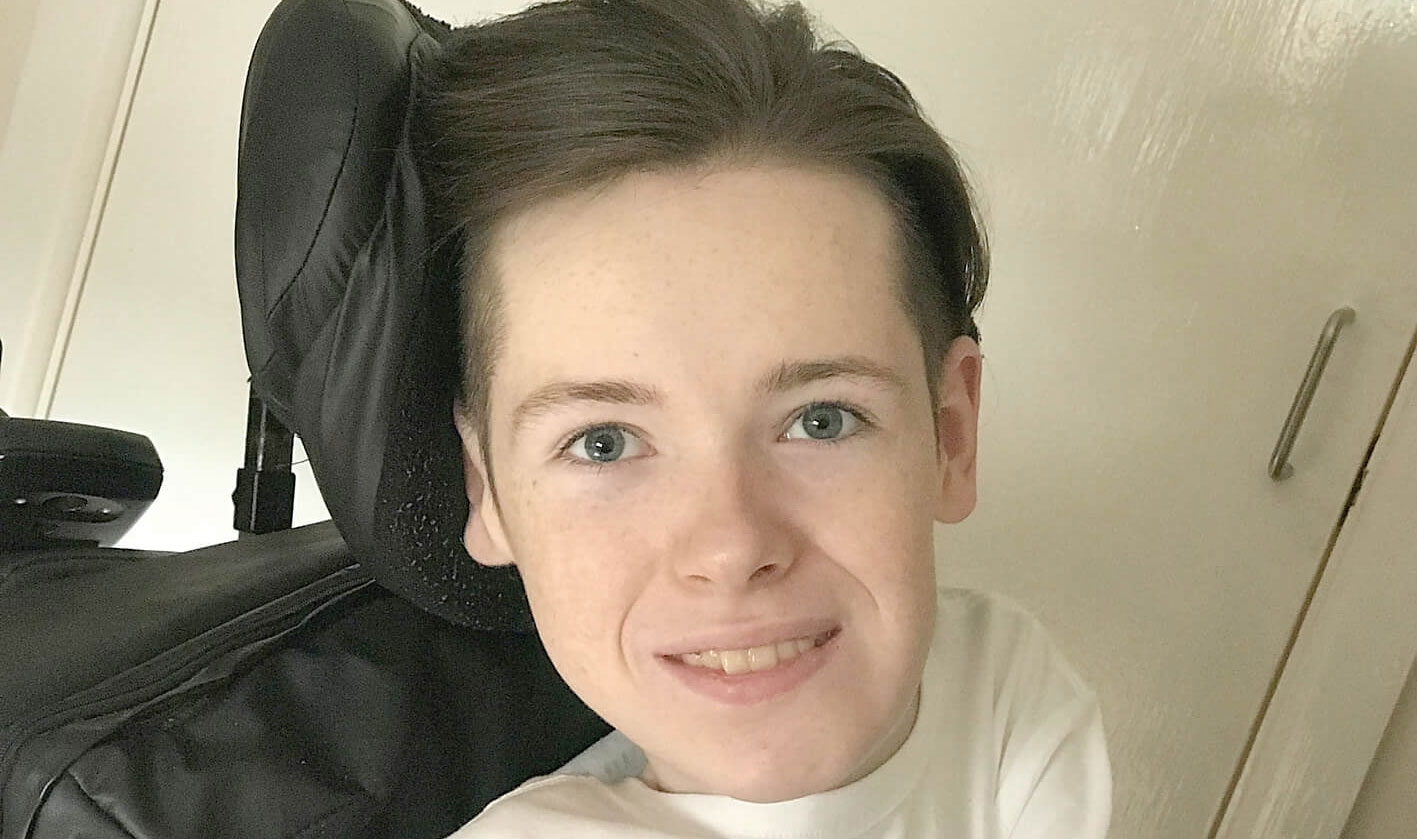 A 17-year-old has sent a New Year’s message to Government about releasing funding for ‘miracle’ spinal muscular atrophy drug, Spinraza.

Glen McHugh Farrelly has Type 2 SMA (spinal muscular atrophy), a disease that affects motor nerve cells in the spinal cord, which can take away the ability to walk, eat or breathe.

Living in Clondalkin, Glen and his family are among a number of people lobbying the Irish Government to release funding for Spinraza – the first approved treatment for SMA sufferers.

Alongside sharing his story through a series of honest and moving Facebook videos, Glen and his mother Lisa campaigned outside the Dáil in September with members of SMA Ireland.

However, despite a Government decision due by the end of 2018, families are still waiting.

In his latest video, Glen said: “The Government is still dragging its feet on the issue of Spinraza so, I’d like to personally ask them to hurry up and make a decision, and to make the right decision to save a lot of lives and to make Spinraza available now.”

Speaking with The Echo, Glen’s mam Lisa said that her son wanted to do something to remind the Government that families are still here, waiting on a decision.

“We were supposed to have a decision by December 18 and were then told it would be January,” Lisa said.

“Having a decision in December could have been a Christmas present but it’s been pushed out again, which is really disheartening.

“Glen wanted to do something to say we’re still here with no decision, and that people with SMA are not getting any better.”

The Tuesday before Christmas Glen, who is a student of Deansrath Community College, ended up in hospital due to severe pain, which was treated by injections into the spine.

“There are people sitting in [Government] offices who go home and forget about this, but this is every day for us, it doesn’t go away for us,” Lisa said.

In an earlier interview with The Echo, Lisa noted how Spinraza has been dubbed a ‘miracle’ drug, with some children who have taken it now walking.

For older children, according to Lisa, it could bring back 10 per cent of their muscle strength and sustain it.

When contacted by The Echo, a spokesperson for the HSE said that an application for Spinraza is currently undergoing assessment by the HSE.

The spokesperson added: “The assessment focus is two-fold and particularly centred on reviewing the evidence of the clinical effectiveness of this new drug therapy, i.e. the benefits for patients undergoing clinical trials; and on the cost effectiveness of the product in view of the prices being charged for the drug, which has an estimated budget impact in excess of €20m over a five-year period.

“The application is currently going through the final stages of assessment, and the various reports are due to be considered shortly by the Leadership Team, following which the final decision will be notified.”