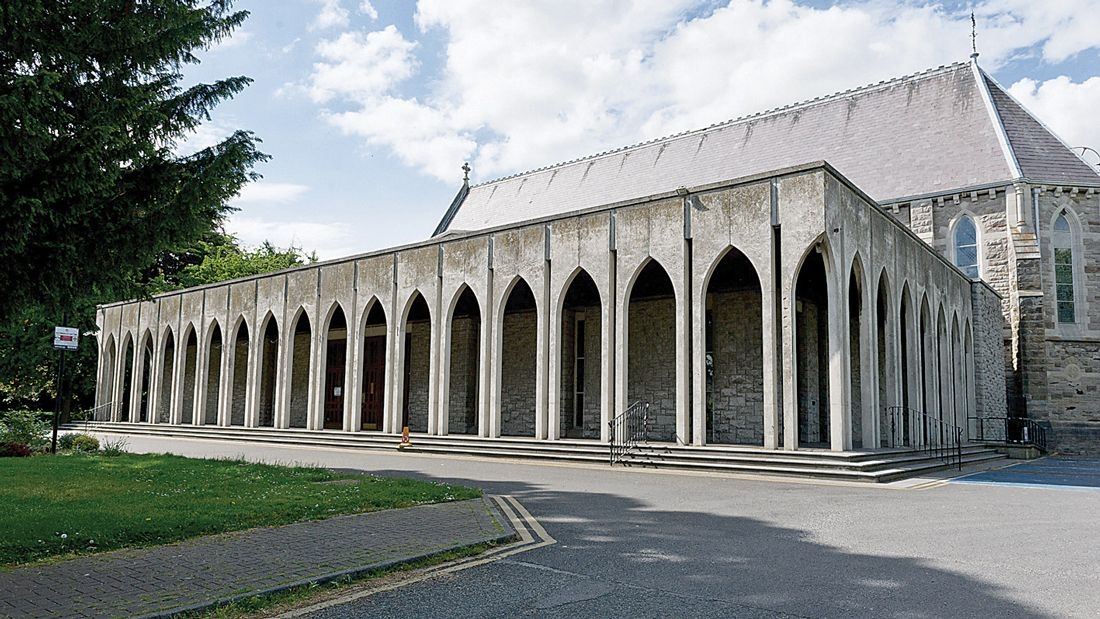 Removal of tents belonging to homeless people ‘upsetting and frustrating’

THE REMOVAL of several tents belonging to a group of homeless people, from the grounds of St Mary’s Priory in Tallaght Village, has been described as “upsetting and frustrating” by a local voluntary support service for homeless people.

Last week, a group of seven homeless people returned to the spot where they’d set up their tents in the grounds of the Priory, which was obscured from public view, to find that their tents and belongings had been removed, and a sign stating that the site is private property and tents will be removed was erected.

According to Karen McEvoy from VISIT, a Tallaght-based community-led service that helps those who are affected by homelessness, there have been ongoing issues between the Priory and the homeless people who have set up camp in the grounds of the church.

“It’s been an ongoing thing with the homeless in the Priory,” Ms McEvoy told The Echo. “And with Covid-19 it’s been really difficult for them, because all of the services they use are closed.

“Myself and the service users did a massive clean-up of the grounds of the Priory last Tuesday. We removed all of the rubbish and swept the steps, but two days later their tents were removed.

“They wandered off for a few hours on Thursday, and when they came back the tents were gone.

“They were very upset about the fact that their tents were gone, as there’s nowhere else for them to go.

“It was very upsetting and frustrating, and then that escalates things like their drinking, because they get so stressed by it.”

When asked about the sign that was erected after the removal of the tents, demarking the site as private property, Ms McEvoy said: “I understand that it is the church’s property, but at the end of the day, I don’t have control over where the homeless seek refuge.

“They tried elsewhere, but they’ve been beaten up and robbed when they’ve done that. They stay in the Priory because it’s safe for them.

“They’ve set up their tents there because mentally, for them, that is where their home is.”

Fr Donal Roche from the Priory told The Echo that the presence of the homeless people in the grounds was a health and safety risk for him, his colleagues in the Priory and also parishioners, and that the decision to remove the tents was taken over concerns about the pandemic, as many in the Priory fall into an at-risk age group.

“The situation is very difficult because of the fact that we’re in the middle of a pandemic,” explained Fr Roche. “Most of the community here in the Priory is over 70 and very vulnerable, and my job is to protect the community here.

“Over the years, we’ve had scores of needles and human excrement left all over the place. It’s an awful problem for us to try to deal with.”

When asked about the presence of human excrement on the grounds, Ms McEvoy explained that she had given sanitary bags to the group to discourage them from leaving their waste in the grounds, but added, “they have literally nowhere else to go – nowhere in the village will let them use the toilet.”

“Just because they’re homeless doesn’t mean that they don’t have respect for the grounds of the Priory,” said Ms McEvoy.

“They’re trying, and I do encourage them a lot of the time to do a clean-up of the grounds.”

When it was put to Fr Roche that the homeless people in the grounds of the Priory may have nowhere else to go, he said, “they do”.

He added: “We’re just not able to cope with it – we have a duty of care to the people for whom we exist.

He added that the Priory also does a collection for the Priory Homeless Fund roughly three to four times a year, where the monies raised are then distributed between Focus Ireland, the Peter McVerry Trust and St Vincent de Paul.

Ms McEvoy said: “I don’t know why the Priory is targeting people who are extremely vulnerable and making life more difficult for them, especially during a pandemic.”

Fr Roche said that numerous members of the Priory community were cocooning in recent weeks because they were in the age category of those who were at-risk, but were precluded from going into the grounds of Priory during this time because of the risk presented by the presence of the group.

“We had to do something,” he said, “because them being here was a risk to us and to the people who come here.”

Ms McEvoy said that, at present, five of the homeless people who were living on the grounds of the church had secured beds in hostels, while two others were sleeping rough elsewhere.

NEWER POSTCoronavirus: No deaths reported and 59 confirmed cases
OLDER POSTMan (21) apprehended after being found standing in a bush