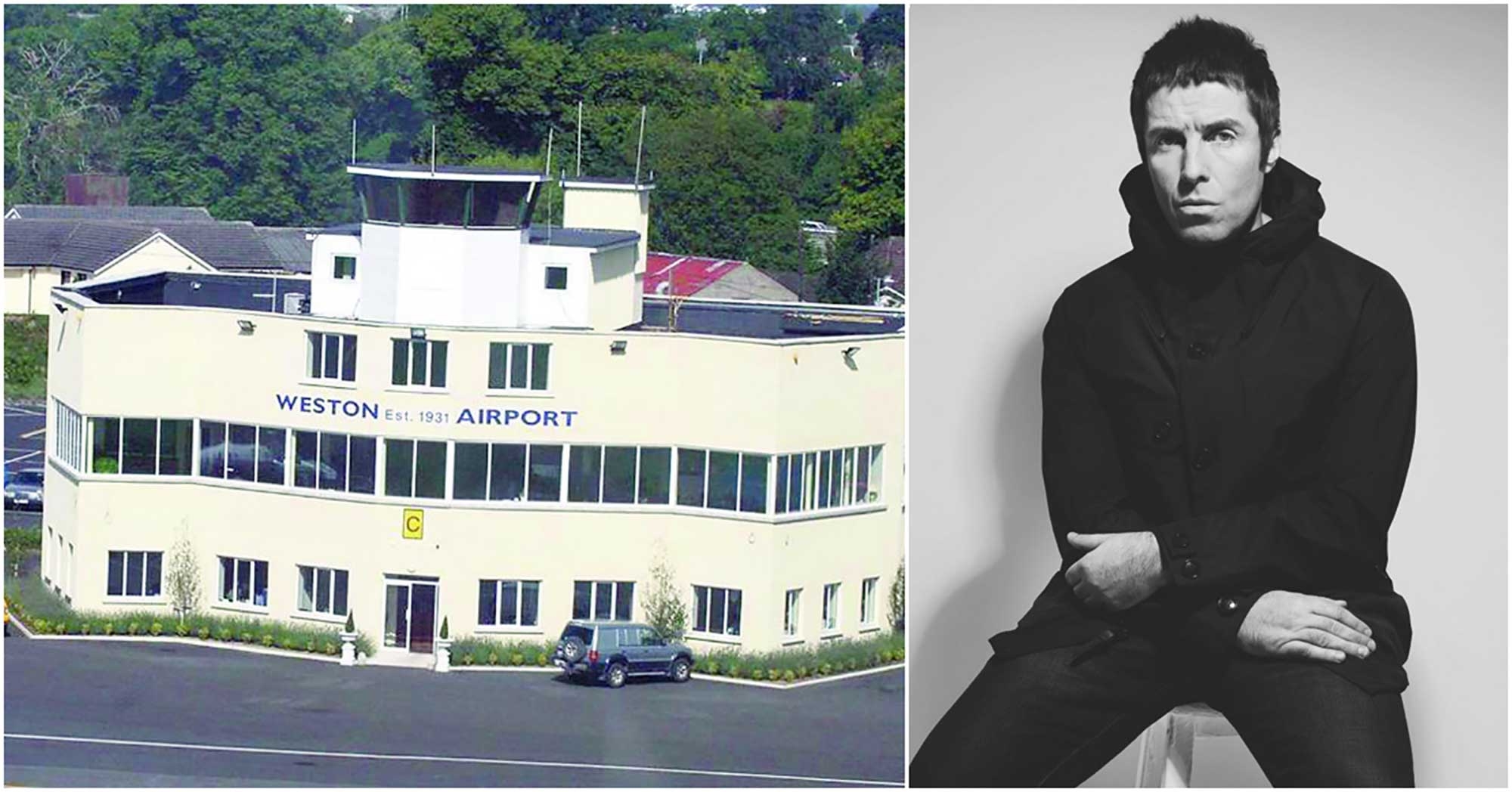 The gigs take place on October 28 and 29 in a hangar at Weston Airport, just 20 minutes from the city centre. The line-up for the first night is Annie Mac and 2manydjs, plus Eats Everything, Mele and Kelly-Anne Byrne.

Former Oasis singer Liam Gallagher is due to headline the following night, supported by Cavan rockers The Strypes and Derry punk band Touts. About 5,000 fans are expected to descend on the airport, which is just off the N4 near Lucan.

Olympia Productions applied to Dublin District Court for the licences to be in place from 6pm to midnight on October 28 and from 6pm to 11pm the following night, when Liam Gallagher and his band take to the stage.

But the sell-out event was put in doubt when a group of local residents formally objected to the organisers’ application for occasional drinks and temporary dance licences.

They cited concerns about traffic management, planning laws, crowd control and fire safety. However, Judge Michael Coghlan held that their issues had been addressed and he granted the licences.

He also stipulated that all fuel tanks at the airport would have to be drained and flights in and out of the aerodrome would have to stop by 3pm on Oct. 28.

Judge Coghlan joked that he hoped the former Oasis front-man and his big band would not blow the roof off the venue. However, he also told residents he noted this was the first time the airport had been used to hold a music event and he warned it would be the last time if there were any serious problems.

Garda Inspector Liam Casey told the court that he, four sergeants and 30 gardai would be on duty at the event. They would also prevent concertgoers from going into local estates.

There would also be additional mobile units and garda public order personnel “all geared up” and “ready to respond”. Anyone arrested would be removed and immediately brought to Lucan Garda station.

Buses from the city centre would enter and leave via a separate exit and the airport was almost completely surrounded by an eight-foot fence with barbed wire on top, Inspector Casey told the court.

Traffic heading to Celbridge or Leixlip will be asked not to come off the N4 slip-road through the area but to take later exits instead, he said.

He assured the court that day two of the event would depend on how the first day went.

About 10 local residents came to the hearing to object to the licences, having formally lodged their complaints in writing in court at an earlier stage.

The court heard that one of the hangers will be opened up with a stage area and will contain about 1,500 people and a marquee would be attached to the building as weather protection to cover the remaining 3,500 concertgoers.

Dorothy Collins BL (instructed by Ursula Courtney solicitor) for the applicants also explained that there would be a sufficient number of exits and a noise curtain at the rear of hanger.

Weston Park residents Caitriona McClean and Hugh Collender were concerned that some of the concertgoers could bring fireworks to the venue. Mr Collender was also worried about the aviation fuel contained in two tanks which the court heard were made of steel, but would be sealed off and have a Weston Airport fire engine and crew present.

Planning expert Frank Kenny told the court this event did not break planning laws which can allow for ancillary uses of premises.

The court also heard that flights would be stopped hours ahead of the gigs on the Saturday.

It was not expected that many people would drive there, but 440 cars would fit on one of the runways and a second runway was also available if needed for parking. People will be searched entering the gig area and there would be 80 stewards as well as security personnel there, the court also heard.

He also told the residents that he understood the consequence of noise and an influx of people in their area was upsetting for them because they had not experienced it there before and they did not want to be prisoners in their own homes.