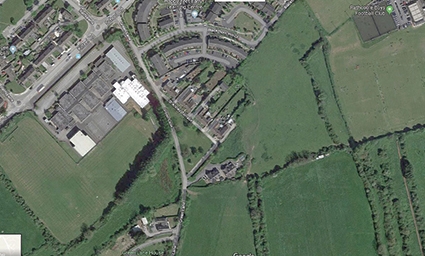 RESIDENTS of Blackthorn Hill in Rathcoole have lodged an appeal with An Bord Pleanala against South Dublin County Council’s decision to grant permission for the construction of a 22-unit housing development adjacent to the Blackthorn Hill estate, reports Aideen O’Flaherty.

The original application for planning permission, which was granted on April 9, attracted 13 third-party submissions with locals voicing concerns about amendments to the existing layout of St Anne’s Terrace, potential issues with traffic, and sewage infrastructure and flooding.

Brian and Theresa Prendergast submitted an application for planning permission last September, outlining plans for the demolition of two existing sites on Green Lane in Rathcoole, to make way for a 22-unit residential development. The Prendergasts proposed that the development would consist of two three-bed units with study, 18 four-bed units, and two four-bed units with study.

It was proposed that the units would be two-storeys high, with a mix of terraced, semi-detached and detached units, and there were provisions for 44 car parking spaces.

Last month the Blackthorn Hill Rathcoole Management Company lodged an appeal with An Bord Pleanala objecting to the council’s grant of permission.

The company is objecting to the development on a number of grounds, including the view that the development would create “unnecessary interference” and a reduction in size to a long-established tree-lined greenspace beside St Anne’s Terrace.

Other grounds for their appeal include the view that the council’s decision to grant permission for the development was “premature”, as there is no area development plan in place for Rathcoole, and that the narrow minor roads around the planned development may not be able to cope with the increased traffic as a result of the development.

A decision on the application has yet to be made by An Bord Pleanala.