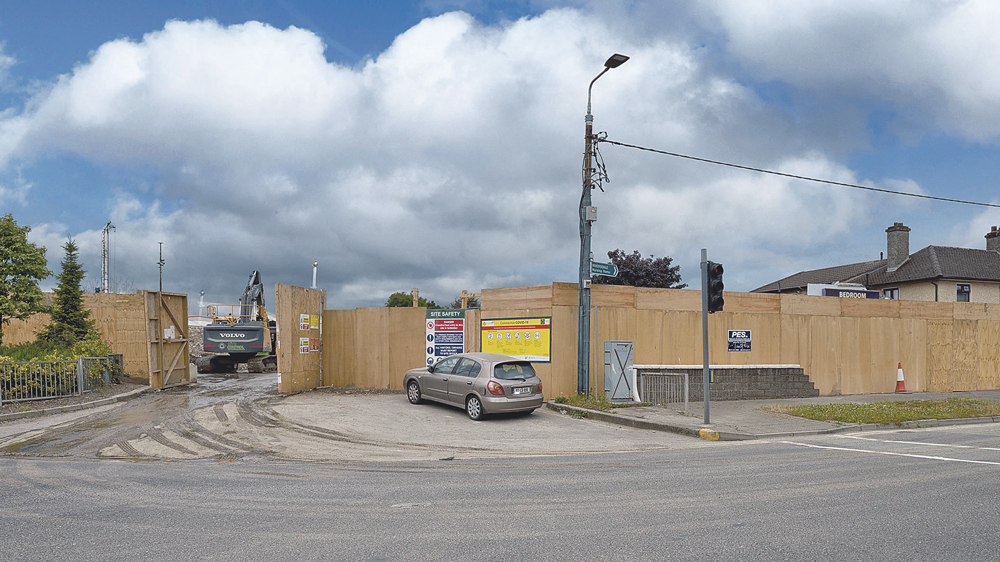 PALMERSTOWN residents have objected to the latest proposal to develop an additional 24 units on the old Vincent Byrne site, reports Eoghan Gardiner.

If approved by An Bord Pleanála, the proposal will see the developer, Randelswood Holdings Ltd, build a total of 274 units on the site, which would also increase the height of the development.

In a meeting with the developer, a group representing residents from Riversdale, Riverside and the Old Lucan Road objected to the proposal on the basis of its “visual impact” and “the increase in height”.

The plan would also see an additional 26 parking spaces added to the development, which some residents feel could add to the existing traffic problem in the area.

Throughout the development process, concerns have also been raised by local politicians over the nature of build-to-rent housing.

This latest proposal comes following a number of other disputes between the developer and residents, including complaints that dust from the construction site is littered throughout Palmerstown village.

It also follows the destruction of a flowerbed across from the site by the developer to make way for signage.

The plants were maintained for years by volunteers involved with Meitheal Tidy Towns and community group the Pink Ladies. The application for 250 units was approved back in September 2020, after a failed application two years prior to build 303 apartments.