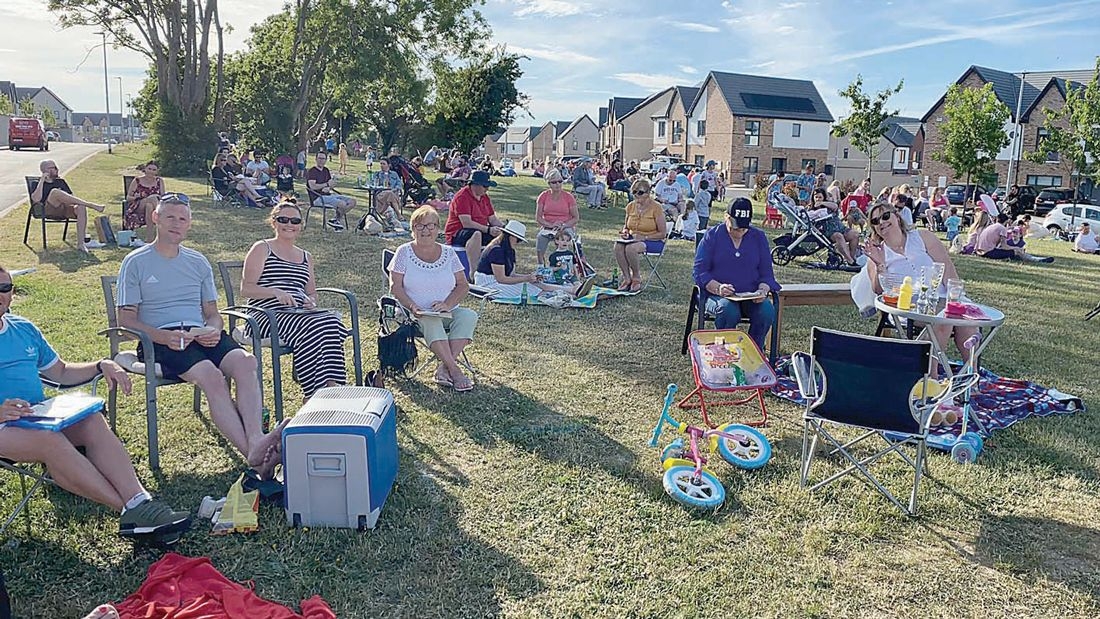 OVER €2,000 was raised for the Tallaght University Hospital Foundation (TUHF) by residents of Elder Heath in Kiltipper last month, after they held a socially distanced bingo game.

A group of over 200 people took part in the game and paid €5 per bingo sheet, with the money from the purchase of the bingo sheets being donated to TUFH alongside other donations made by the residents.

People followed the game and competed from their front gardens and driveways, while the main green in the estate had two-metre markers to ensure all participants could safely socially distance from each other.

Sarah-Jayne Fanagan from Elder Heath told The Echo: “Players were competing for €400 in cash prizes, while the neighbours all joined forces to donate a whole range of other awards including bottles of wine and spirits, make-up hampers, hair salon vouchers, patio furniture...there were 30 prizes up for grabs.

“The afternoon was a roaring success. Elder Heath raised €2,107 for TUHF, with some of the winners giving back their winnings for the cause.”

The event was organised by Darren Meade of DNA Entertainment, who was the bingo caller during the event, and people of all ages took part.

“The event was such a success,” added Sarah-Jayne, “that another game is set to take place again later this month.”