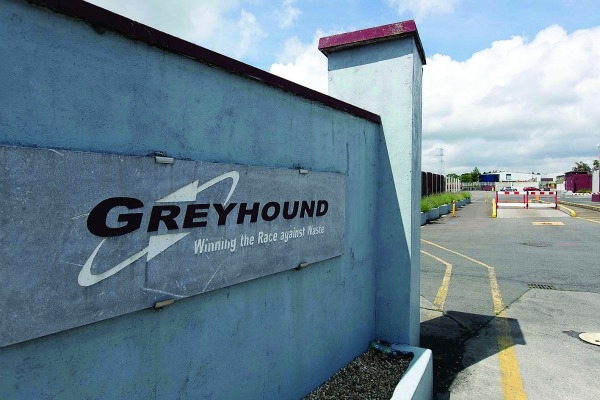 Residents still point to plant as cause of flies and odours

residents and businesses close to the Crag Avenue Greyhound Recycling Plant in Clondalkin have been urged to complain to the Environmental Protection Survey (EPA) about ongoing odour pollution and fly problems.

However a spokesman for Greyhound told The Echo that they would question the accuracy of the survey “which lacks any basis in science or fact”. He claimed that Henry Street has a higher fly population than Crag Avenue.

Speaking to The Echo, Cllr Ó Broin said: “For years residents in James Connolly Park, Station Road and Close and Palmerstown Woods have been complaining about odour pollution and flies. Businesses in the Crag Avenue Industrial estate have been voicing similar concerns.These problems cause enormous problems for residents and workers, impacting on their quality of life, and possibly their health.”]

Cllr Ó Broin said that for the last three years his party has conducted a door-to-door survey to see how badly the area has been affected. Forty per cent of houses completed the survey.

The findings included: 79 per cent were experiencing problems with odour and/or flies; 65 per cent said things were the same or worse than last year; and 20.5 per cent had complained to South Dublin County Council.

Cllr Ó Broin said that it “is widely believed that the cause of odour pollution and flies is the Greyhound Recycling Plant in Crag Avenue”.

He added: “Earlier this year the Environmental Protection Agency secured a court fine of €23,000 against the Greyhound plant for seven breaches of their licence. This was the second such fine, with a fine of €37,000 having been awarded against the company for breaches in 2013.”

Cllr Ó Broin said it is clear that the problem remains. He said he had raised the matter with the EPA. He added: “I am also urging all residents and businesses in the area who are experiencing problems to complain directly to the EPA on 01-268000 or 1850-365121.”

A spokesman for Greyhound told The Echo: “While we are very sensitive to the opinions and concerns of local residents, we would seriously question the accuracy of this survey which lacks any basis in science or fact.

“We employed the services of a leading pest control company over the summer months to establish if there was a problem with flies. To ensure benchmarking and objectivity, we asked them to also randomly test an area on the Northside and the city centre. They found there was no discernible problem with flies in the areas outlined in the survey. Henry Street, in fact, had a far higher fly population.”

He added: “In relation to odours, the company has over the past two years invested almost €1m in odour abatement technology and processes. Our monitoring shows huge improvement in this area.

“We would welcome an opportunity to engage with local residents to assuage any concerns they might have.”

A spokesperson for the EPA told The Echo: “The EPA has an active compliance investigation file regarding fly and odour nuisance arising from the Greyhound Recycling and Recovery facility which was opened following receipt of complaints from members of the public.

“EPA investigations into these complaints have included odour surveys in the local area and inspections at the Greyhound Recycling and Recovery facility located on Crag Avenue in Clondalkin Industrial Estate.

“The EPA will take appropriate enforcement actions in responding to any compliance issues at the facility. Details on how members of the public can make an environmental complaint to the EPA are available on the EPA website at the following link http://www.epa.ie/enforcement