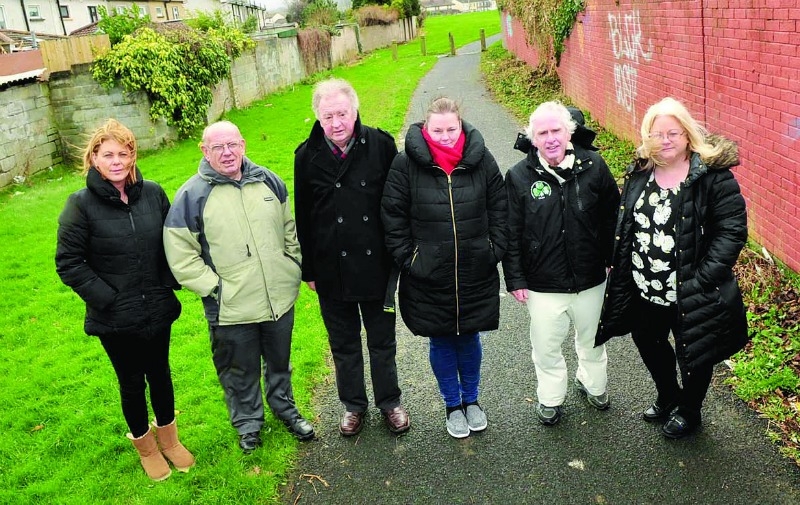 Residents to have say on contentious laneway

RESIDENTS will have their say on what to do once and for all with a contentious laneway in Tallaght – which has long been a thorn in the side for authorities due to frequent bouts of serious criminal activity.

For years, the laneway has divided opinion in two communities that it connects – Raheen and Whitebrook.

Separate petitions forwarded by the communities to South Dublin County Council had opposing views – Raheen residents advocating strongly for the laneway to be extinguished, and Whitebrook residents stating that the right of way should remain.

Springfield resident and Fianna Fáil councillor Charlie O’Connor said the one constant for residents is that “something has to be done with the lane.”

“A getaway lane with all sorts of criminal activities, attempted rapes, robberies with knives that doesn’t make the news, or house and car break ins – the list is endless,” said Cllr O’Connor.

Recently, a man who attempted to rob a post office and newsagent in Springfield was apprehended by a Whitebrook resident as the thug tried to make his escape through the lane.

At a deputations meeting held in SDCC on May 24, representatives from Raheen and Whitebrook attended to discuss their respective concerns.

The Roads Department have responsibility to carry out any formal extinguishment processes and have been involved in this case since 1995.

The Land Use Planning and Transportation Department recognises the value of the route for residents who need it for access to local amenities, and is prepared to install public lighting to alleviate issues of anti-social behaviour.

The possibility of CCTV cameras linked to Tallaght Garda Station, may be progressed to the local policing meeting for discussion.

A decision was taken to advertise the initiation of the process to extinguish the right of way in the laneway, inviting objections/submissions from the public.

Cllr O’Connor said the report on objections/submissions received would then be brought to the Tallaght area meeting for decision and or recommendation to the full council in September.