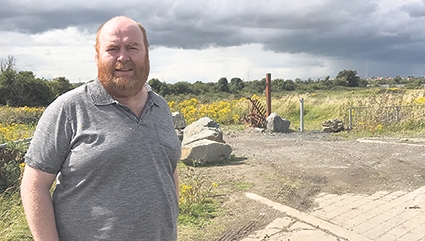 THE response by gardai and South Dublin County Council to residents' anger at a recent public policing meeting in Clondalkin was “not good enough”, according to Independent councillor Francis Timmons.

A number of residents at a recent meeting in the Green Isle Hotel were frustrated with ongoing anti-social behaviour in parts of Clondalkin.

St Cuthbert’s Park and the issue of scramblers was a particularly hot topic – issues that are not exclusive to Clondalkin, but which have been ongoing for quite some time.

“It appeared from the meeting that law and order has left parts of Clondalkin,” said Cllr Timmons.

“There was noticeable anger that the response from gardai and SDCC was poor in certain areas. I am appealing to gardai and SDCC that the issues raised are tackled. It is no longer acceptable that law-abiding citizens are intimidated and subject to anti-social behaviour on a daily basis.

“Scramblers and quads are a daily occurrence and, besides the noise element, they are also dangerous and a real risk for residents. Open drug-dealing and general anti-social behaviour must be tackled.”

He continued: “I recognise that the issue for gardai is a lack of resources, and I would call on all local TDs to demand additional resources.

“Clondalkin gardai hold a clinic every Thursday in SDCC’s Clondalkin premises, from 10am to 11am.”

Statistics from the meeting, showed reported assaults in Clondalkin have risen 29 per cent in 2017, from 21 incidents in 2016, to 27 assaults this year.