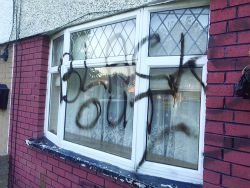 Residents worry about onset of ‘concrete jungle’ in proposals

RESIDENTS in North Clondalkin have said that they worry the area is set to become a “concrete jungle” in response to a 48-unit infill housing development proposed for Letts Field.
A recent door-to-door survey by Independent councillor Francis Timmons showed that over 90 per cent of residents in the area would like to see a play space developed in the field located between the Neilstown Road and Ninth Lock Road, and that over 60 per cent of residents do not support the development of the infill housing.

Cllr Timmons said: “There is a lot of anger at the lack of facilities in the area and the large percentage [of people] in favour of a play space shows the need for facilities.
“Residents in Moorefield pointed out all the infill housing that has already taken up green areas. A lot of people have raised safety concerns about Neilstown Park, saying syringes and used contraceptives make it very unsafe to bring children or grandchildren.
“A lot of older people are saying Letts Field is safer and point out the lack of amenities for locals. A lot of people are angered by the development of St Mark’s Green and Harelawn Green despite much public objection.
“They feel unlistened to and worry about the whole of North Clondalkin becoming a concrete jungle. There are also issues of anti-social behavior and many I spoke to highlighted that bringing more people into the area could add to these issues.
“There are also proposals to build on St Mark’s Avenue and Balgaddy. My own belief is we need to progress the Clonburris lands and get social housing through this, rather than building on every green in North Clondalkin.”
The proposal for Letts Field will see 18 four-person homes, 25 five-person homes, four six-person homes and one special adapted dormer unit developed on the land, along with a park and play area and landscaping works.
Plans for the development are currently available to view in County Hall in Tallaght and in the Civic Offices in Clondalkin until June 18, and can be viewed online at www.sdcc.ie.
Written submissions or observations on the proposed development can be made in writing until 4pm on Thursday, July 12.