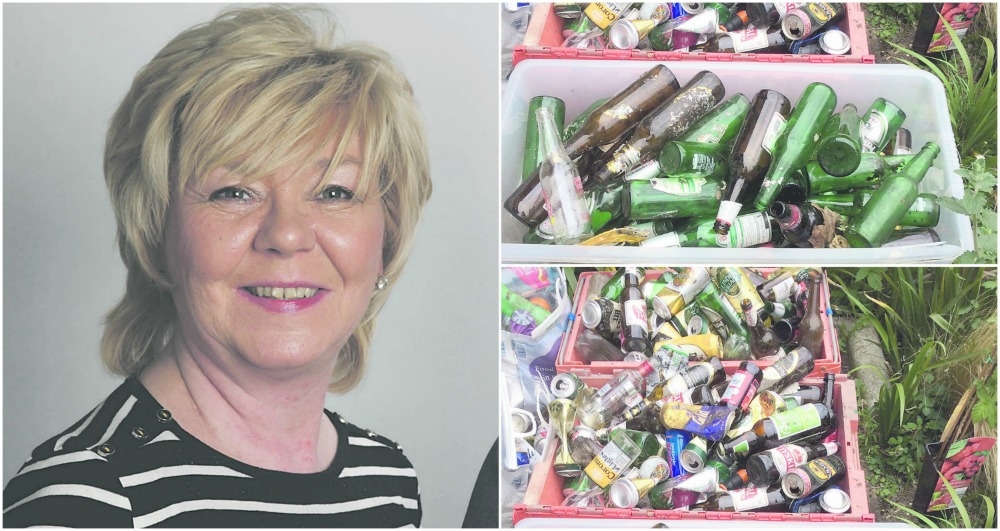 A REWARD scheme for the return of plastic bottles and cans could be a thing of the past and the future, after South Dublin County councillors passed a motion for a pilot container deposit scheme.

For anybody who grew up in the eighties and early nineties, collecting bottles and cans and returning them for a few pence was part and parcel of community life – and paid for many a ten-penny bag of sweets.

In later years this scheme was scrapped however, the idea of a reverse vending machine was back on the council’s agenda recently when Lucan councillor Ruth Nolan (Independents 4 Change) lodged a motion seeking that South Dublin County Council adapt container-deposit legislation as a pilot scheme.

The Dodder Action group has also started a campaign for a deposit scheme after they collected more than 3,500 bottles and cans from along the banks of the Dodder over the course of one day in April.

Speaking in council chambers, Cllr Nolan said that she proposed the motion to help combat the huge littering problem facing the county and to also encourage residents of all ages to be part of cleaning their area.

She also highlighted the serious issues around marine litter, whether in the sea or on the shore, and the “serious threat” it poses to fish, seabirds and marine mammals.

“Very small deposits are the norm in most countries, ranging from less than 10 cents per item to a high of about 40 cents for large bottles in Finland.

“We need to do our bit in Ireland.”

The motion received a lot of support in council chambers, with People Before Profit Clondalkin councillor Madeleine Johansson, who is originally from Sweden, telling her fellow councillors: “I have experience of this myself in Sweden.

“You get high rates of returns.

“Families collect bottles, let them build up and then return them to get a voucher for their shopping.

Tallaght South Sinn Féin councillor Cathal King also spoke of the success of a reverse vending machine that was piloted six or seven years ago in the Killinarden Community Centre.

He said: “A huge amount of kids and adults were going around picking up cans from the Killinarden area and they earned points for different items by returning them.

“There was a huge buy-in from the community, which also saved the council money.”

Responding, Teresa Walsh, the Director of Environment, Water and Climate Change, said: “We did pilot two reverse vending machines a few years back but the company went out of business.

“We have no problem going back to the idea . . . as the recycle rate of plastics is only at around 40 per cent while glass, paper, cardboard is well up in the eighties.”

Cllr Nolan’s motion was passed and the council will discuss it further at the environment special policy committee.