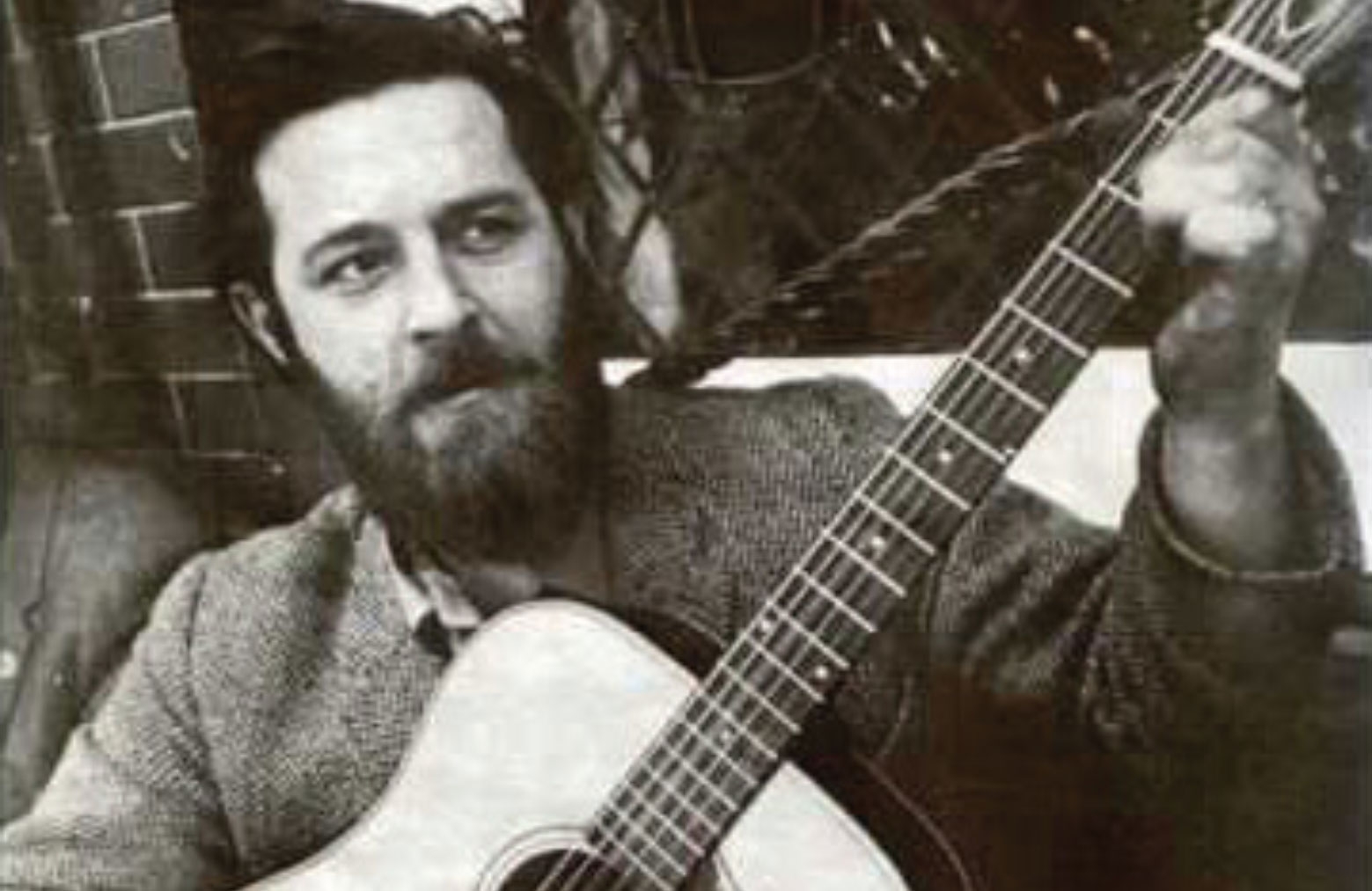 ‘As down the glen one Easter morn to a city fair rode I.’

This song which was a staple of the concert repertoire, is something the once member of The Dubliners would literally have undertaken in his youth.

For this week’s episode I will be hopping back on the Number 17 bus and will stay on the bus for about 25 minutes to stop 1311 Nutgrove Avenue-Whitebarn Road, we will then cross the road to catch the 161 bus from 1316 Nutrove Avenue-Oakdown Road.

We will then take the bus to it’s last stop beside Rockbrook Park School and walk about 30 minutes to where this weeks person of interest – Ciarán Burke – grew up.

His family had a grá for the Irish language and his parents sent him every morning all the way to Colaiste Mhuire in Parnell Square as they sought to immerse even more in our native tongue.

In 1962 he was present at the now legendary impromptu meeting in O’Donoghue’s pub of Merrion Row in Dublin City Centre, where ‘The Ronnie Drew Group’ was formed.

The group was later renamed ‘The Dubliners’ and the rest as they say, really is history.

Along with playing the tin whistle, harmonica and guitar he also displayed his vocal talents in a number of songs sung ‘As Gaeilge’, most notably one of the Dubliner’s most recognised recordings ‘Peggy Lettermore’.

‘Roddy McCorley’ and ‘All for me Grog’ are two more well known records he did lead vocals on.

The group first came to large scale attention in 1967 when it’s Irish Top 40 Number 1 hit ‘Seven Drunken Nights’ made the Top Ten of the highly competitive UK Charts where it reached No.7.

Even more so than today, when an Irish musical act broke into the Top Ten across the water it was a big deal to the average Joe and Josephine in Ireland, yet you were only able to hear the acclaimed record on a jukebox or a neighbours vinyl record player, as the church saw to it that the song was banned by RTE radio – then the only radio station in Ireland.

This was despite the fact the original version, which was sung in Irish had received plenty of airtime in the 12 months or so since it had been released!

That same year ‘The Black Velvet Band’ reached Number 4 here, and Number 15 in the UK charts.

On the 5th of April 1974 The Dubliners were playing a gig in Eastbourne along the Sussex Coast.

As the band were playing Luke Kelly noticed that Bourke was moving his head about and looked as if he was in pain.

Shortly into the second half of the concert, Kelly paused the performance and convinced him to exit the stage as the Sherriff Street balladeer instructed a roadie to call a doctor.

The Rathfarnham man was taken to St. Georges Hospital in the heart of London City where he was found to be suffering from a brain aneurysm.

He then underwent a serious operation at Atkinson Morely Hospital in Wimbledon South-West London.

The brain injury left him initially somewhat paralysed and he was flown back to Dublin where he spent sometime recuperating in the National Rehabilitation Hospital in Dun Laoghaire.

But ‘cabin fever’ was getting to him big time and despite his other band members concerns that he was coming back to the stressful and exhausting world of touring far too soon, he insisted he was OK and joined the Dubliners on their next extensive tour.

However, as the tour progressed it became increasingly obvious that the Rathfarnham man was not at all well and he exited the tour early, flying from Brussels back to his home city.

Despite now having very little involvement with the band due to his health problems, he was still paid a full salary by the band which was a truly wonderful gesture that would see Bourke, his wife Jeannie and their six children cared for in his time on this earth.

His last appearance with his bandmates was to be as part of the iconic Late Late Show tribute to The Dubliners, where despite his physical disabilities he recited the ‘lament for Brendan Behan’ and then joined the rest of the band in a rendition of ‘The Auld Triangle’.

14 months later the man who traversed the Dublin Mountains as a youngster finally succumbed to his injuries and passed away in May 1988.

An interview on the day of his passing conducted with Ronnie Drew on Morning Ireland can be heard at: https://www.rte.ie/archives/2018/0502/959721-dubliner-ciaran-bourke/

When the highly regarded banjo player Barney McKenna (Colloquially known as ‘Barney from Donnycarney’) passed away it truly was the end of an era as he had been the last surviving member of what people termed the ‘original Dubliners’.

Yet their songs still very much live on and their CD’s can be found in many record shops around the world to this day.