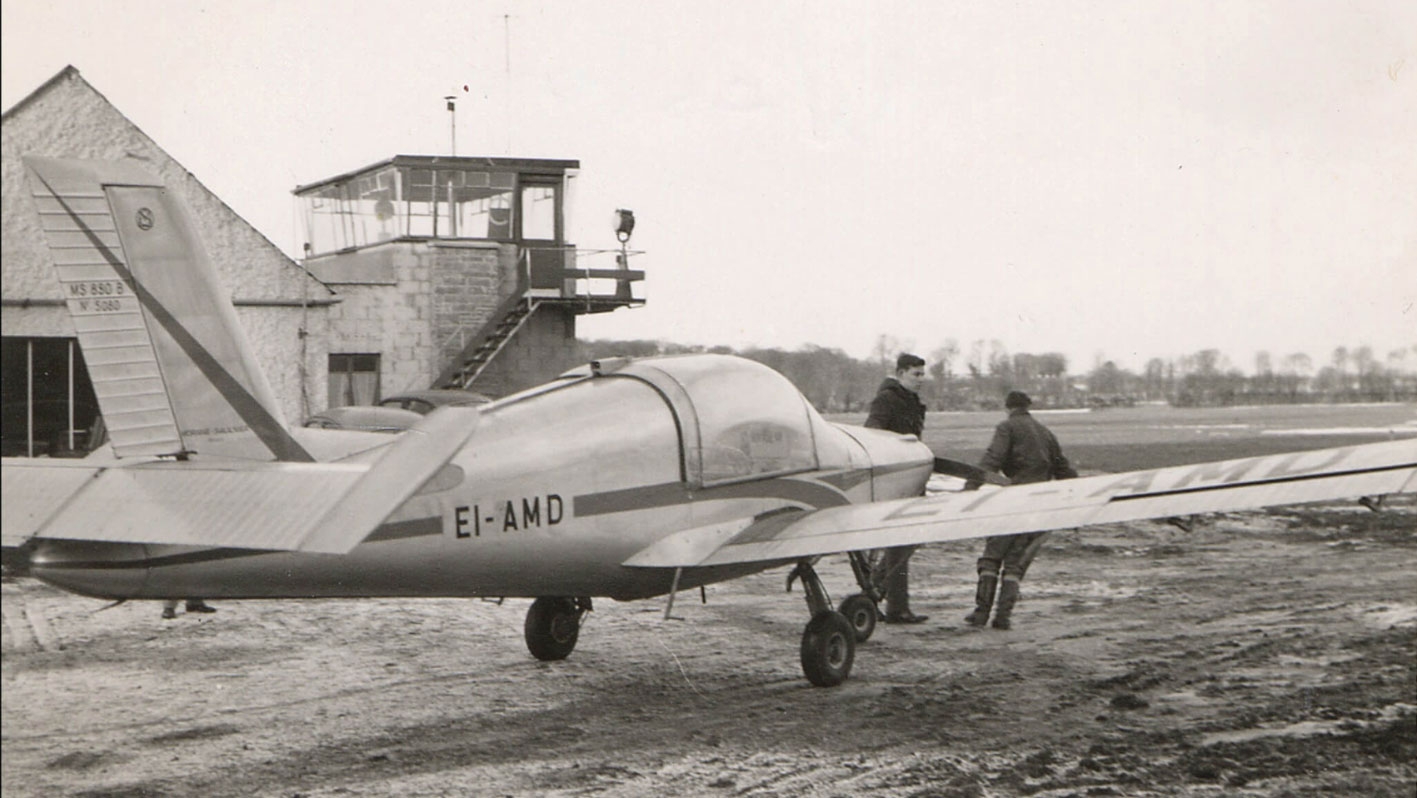 For this week’s piece we are taking a 27, 77A or 123 from Walkinstown Road to Dame Street.

We will then walk around the corner to Westmoreland Street to hop on a 67 bus.

We will take this Celbridge bound service to an area known as Backweston, which is in the parish of Lucan, and straddles the border with Kildare.

For it is here that Weston Aerodrome is located.

This airfield is synonymous with one Darby Kennedy, who had the foresight and vision to turn a dream into reality.

Darby was originally the Chief Pilot with Aer Lingus Teoranta (as it was properly known then), where on May 27th, 1936 at 9am, it’s maiden flight took off from another aerodrome I previously wrote about, Baldonnel to Bristol Airport in South-West England.

In September of that year, the first flight on what is now one of the busiest air corridors in the world commenced, when the Irish airline made a first ever journey from Dublin to London.

It was also the first commercial service of their newly acquired de Havilland D.H.89A Dragon Rapide which touched down at Croydon Airport, the forerunner to Gatwick.

This plane was a scaled down version of the 4 Engine D86 Express, and it carried 6-8 passengers.

Would you believe me if I told you it was made out of Plywood?

It also had a famous buyer, as the then Prince of Wales (Later to become Kind Edward VIII) owned and flew one.

The new Irish state airline also began flying to Liverpool and on a seasonal basis, The Isle of Man.

The outbreak of World War II led to a serious curtailment in the activities of the new airline, and on occasions it was forced to land miles away from it’s intended UK destination, due to areas being subject to bombing and so forth.

Back to the illustrious Darby; Born in Straffan Co Kildare, he was a founder member of the British and Irish airline pilots associations, and became the first president of the IAPA.

He left the state aviation company in 1947 to setup Weston flying school, where as well as training the pilots of tomorrow, he also organised pleasure flights across scenic locations in Ireland aboard his own De Havilland Rapide he had recently purchased.

He also became the owner a De Havilland Tiger Moth aircraft, and he wasn’t the only person in this country to own one, with quite a few people of wealth landing and taking off from his airfield in their own Tiger Moths’.

It was a twin engine aircraft that had a top speed of 104 miles an hour and a range of 483 Kilometres.

The Kildare native would fly his Tiger Moth at public events, often taking of and landing at beaches, where he would make dazzling twirling manoeuvres in the air to the amazement of those watching from below.

He was eventually coaxed into re-joining Aer Lingus in 1959, where a decade later, just before he was to leave for the second and last time, Darby and his son Roger Kennedy became the first father-son duo to sit in the same flight deck and fly a commercial service for the Irish airline.

The Aerodrome itself is part in County Dublin and part in Kildare, I can only imagine the hurdles the owners must face when seeking planning permission to undertake new work there!

It is spread over around 250 acres, contains three hangers for storing aircraft in, and there is a restaurant on site where people can watch the comings and goings of light aircraft, and if you are lucky, somebody with serious wealth arriving on board a luxurious Learjet 75 business plane.

Kennedy sold the aerodrome to the late hotelier and developer Jim Mansfield in 2002 for a reputed €12.5M, four years before he passed away at the grand old age of 101.

The aerodrome was then sold off by the National Asset Management Agency (NAMA) to a Galway engineering firm, Brian Connolly and Co Associates.

In the recent past Weston has had on occasion a temporary change of use, with music festivals, including a gig by former Oasis frontman Liam Gallagher, and other cultural events to boot.

With the economy seemingly on the up, and the numbers of business flights creeping back up to near Celtic Tiger levels, this airport located between Lucan and Celbridge is very well placed to capture the increased business and revenue this will bring.

Those of you who would like to know more about the various types of aircraft that flew around and over the Emerald Isle over the decades, there is an aviation fair at the end of October every year at a venue near Dublin Airport, where lots of books and other memorabilia are for sale.

In the meantime why not grab your Binoculars out of the press and hop on a 67 bus to Backweston?