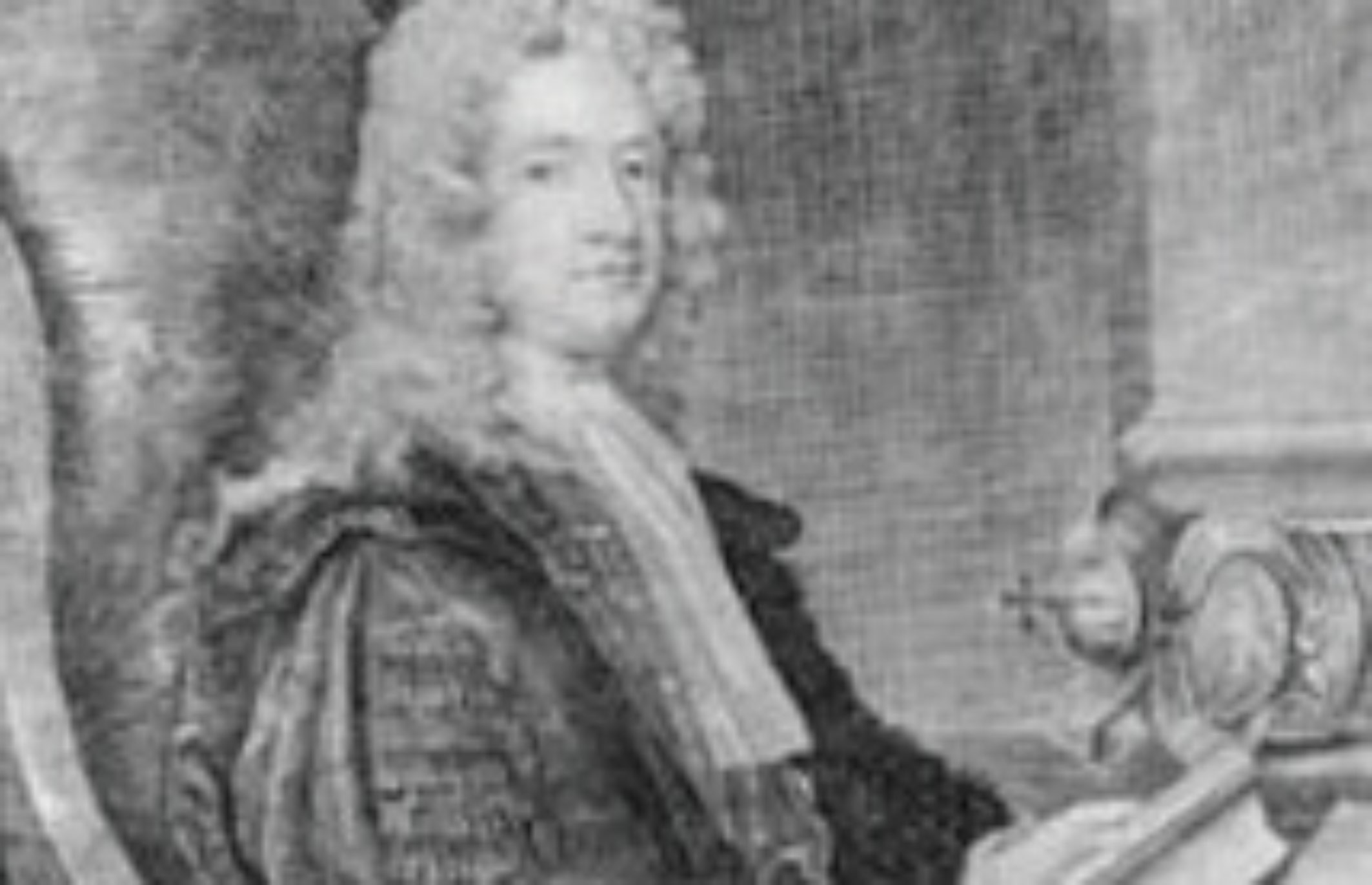 This week I am hoisting up the umbrella and walking from last week's topic the Hell Fire Club back to the Kilinniny Road and hopping on the 49 bus for a short trip whereupon I alight at the stop beside the hostelry that bears the name of the subject of this week’s article - The Speaker Connolly.

As I mentioned last week this individual was once an owner of the infamous building on Montpellier Hill.

William Connolly was born in 1662

William Connolly was born in 1662 in Ballyshannon Co Donegal.

His father was an innkeeper who invested the profits in that business to lease a nearby Mill, and thus grow his savings even more.

This enabled him to pay the fees so his son could go to college and study law, and he qualified as a lawyer in 1685, and he became attached to the court of pleas.

From what I have read online, this was a court that sat in Dublin (with a small period in between  where it moved to Carlow for a few years due to ongoing battles in and around the capital), and dealt with issues such as squabbles over land and property and so forth.

It has justices attached to it who would be based at different parts of the country, and they would attend and officiate at a dispute if it was in their allocated area of operations.

This system was in place from the 12th Century until 1877, when it was replaced by what we now know as The High Court.

He also found luck when two spinster sisters passed away, and they willed him a large sum of money, which enabled him to expand his professional business.

He sided with William of Orange in his fight against Charles II, and was awarded for his loyalty when he was given a large parcel of land on Antrim that once belonged to the McDonnell family, but they had their title forcibly removed and the land given to Protestant supporters of the King of England and The Netherlands.

In 1691 he purchased Rodanstown House near Kilcock on the Meath side of the town boundary.

This helped him no end in 1709 when he swapped his Meath house for the more palatial Castletown House in Celbridge Co Kildare.

Two years previously William was elected to the Irish House of Commons on College Green (Now the big Bank of Ireland on the junction of College Green-Westmoreland Street).

Speaker of the Irish Parliament

In 1715, he was to be appointed Speaker of the Irish Parliament where his role had a lot more power and authority than the Ceann Comhairle has in today’s Dáil Eireann.

While the speaker of the House of Commons and The Dáil are today expected to act in an impartial role, back in 1715 the role of Speaker was as the Chief Representative of the King in Parliament, and his role was to ensure that the Monarch’s writ was emphasised both in spirit, in the speeches on the Chamber, and in law by the decisions the MP’s reached.

It was a role that carried an awful lot of prestige and power and one would be loath to say no to any request the holder of the position asked of them.

This institution was in the main a talking shop, as the King’s rule was sacrosanct, and another facet was the fact the Lord Lieutenant up in the Viceregal Lodge in The Phoenix Park was answerable to the UK Parliament in London not the Irish chamber.

The Irish Parliament was dissolved in the 1800 Act of Union, where the MP’s disgracefully took bribes in return for diminishing the little influence Ireland had in the British Isles, and they would now sit in the Westminster Parliament in London.

Connolly had managed to increase his land holdings to a staggering 130,000 acres in total,  that stretched to lands in all corners of the island.

He was the person who oversaw the construction of the precursor to todays Custom House, which was built on Wellington Quay, which is now the Clarence Hotel, at the far side of Temple Bar.

As well as his mansion in Celbridge, the MP also resided in a not inconsiderable dwelling on Capel Street, which was known as a very desirable location to live in back then.

In 1729 William “The Speaker” Connolly passed away, and Ireland lost one of the wealthiest and most powerful individuals to grace these shores.

By this time he had added another high paying position to his ever expanding portfolio, which was as a Commissioner for Revenue.

His wife Katherine would continue to reside in Castletown House until her own passing in 1752, and around 1740 she oversaw another expansion of the buildings, including the iconic helter-skelter like barn.