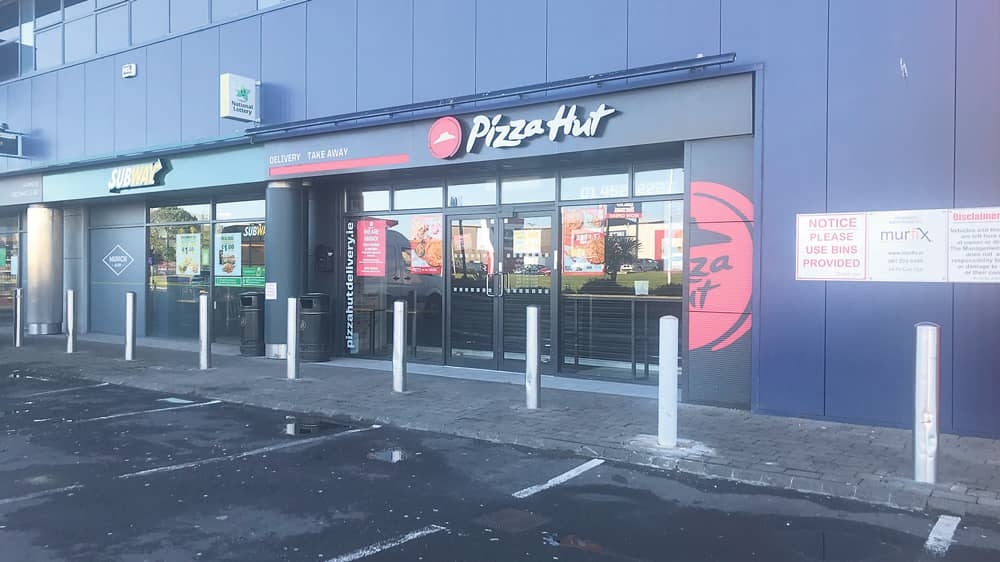 A robber who committed a series of offences on Christmas Eve has been jailed for six years.

Aaron Carey (30), in January the following, year brandished a firearm while robbing a Pizza Hut, removing the magazine to show staff it was real.

The following month he was arrested after ramming a patrol car and several other cars in a stolen vehicle while trying to flee when gardai recognised him.

The court heard Carey, who has a number of issues including drug addiction and recently diagnosed psychiatric difficulties, was recognised on CCTV by gardai in many of the offences.

Lawyers for Carey, who has 46 previous convictions, told the judge Carey’s family believed he needed residential treatment and support to break the cycle he is in and get the help he needs.

He further pleaded guilty to damaging a patrol car and two other cars at Seskin View Road, Tallaght on February 7, 2020.

He also admitted driving without a licence or insurance and possession of articles to be used in connection with theft on the same occasion.

He pleaded guilty to an attempted burglary, robbery and a burglary during January 2020.

Judge Martin Nolan said Carey undoubtedly had psychiatric difficulties as well as a good family but said it was difficult to see an avenue for him to change his behaviour.

He noted Carey terrified and endangered a lot of people but took into account there was no actual violence involved.

He noted reports outlined was a high risk of reoffending unless things changed. He said the court does not have residential places for him to go to but only has prison and afterwards, The Probation Service.

He imposed a seven and a half year sentence and suspended the final 18 months on strict conditions.

Detective Garda Maria Dennison told Michael Hourican BL, prosecuting, that the first offence occurred at a nursing home where Carey was captured on CCTV in the early hours of the morning entering the premises armed with a hammer. After failing to gain entry to the office he left without confrontation.

Det Garda Dennison said half an hour later at a nearby service station Carey was caught on CCTV kicking the doors. Later there was an attempted robbery at Centra, Castletymon.

The following day, December 24, Carey threatened two members of staff with a knife at a robbery in Spar, Walkinstown Roundabout and made off with €600. Eight hours later at Maxol on Tymon Road, Carey waved a knife at members of staff but fled after they activated a panic button.

Carey committed a burglary at a family home on January 6, 2020 where the upstairs of the house was ransacked while the occupants were out and property stolen. There was an attempted burglary at a takeaway on January 15, 2020.

The court heard on January 15, 2020 Carey, armed with a handgun, jumped onto a counter at Pizza Hut on Greenhills Road and demanded money. He pointed the weapon at a member of staff during the burglary and made off with €785 from the till.

On February 7, 2020 garda encountered a vehicle they knew to be stolen at Seskin View Road and recognised Carey as the driver.

The patrol car moved to block its path and Carey drove into the patrol car and also rammed two privately owned cars before mounting the footpath in an effort to avoid being arrested. He later made no comment during interview.

Mr Giollaiosa O’Lideadha SC, defending, handed in a psychiatric report and said his client has unusual and extreme difficulties, having been only recently diagnosed with autism spectrum disorder, ADHD and other issues.

Mr O’Lideadha said Carey had severe drug difficulties in relation to cocaine and seemed to be using the drugs to self-medicate. He outlined protective factors such as his supportive family.

He said his family recognise the harm he has caused but are clear he needs intense support and treatment to break the cycle he is in.

He said his mother wants him to get residential treatment.

Mr O’Lideadha outlined letters from family members who describe him as a loving father and good person to his own family members but acknowledged the terrible pain he has caused to others.