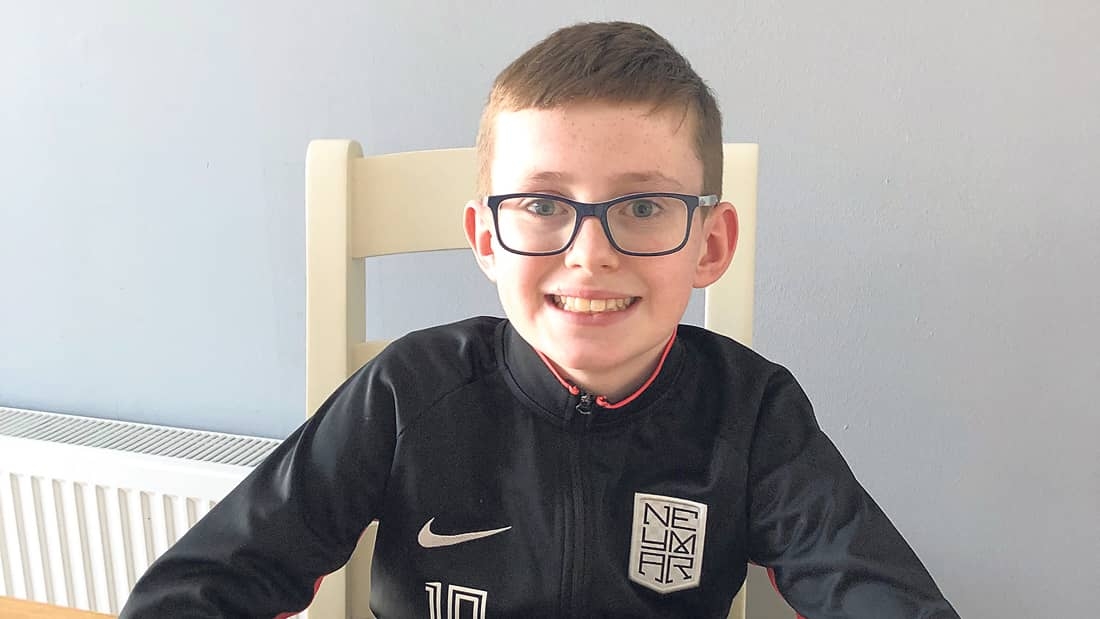 Robert (12) talks about what it is like living with DLD

ONE in every 14 children and adults have a Developmental Language Disorder, which causes significant issues with speaking and comprehension for those affected. In a bid to raise awareness of the hidden condition, which is very poorly identified in Ireland, and only becomes apparent to others when they talk to someone with it, and to stop those affected by DLD from feeling overlooked, an International DLD Awareness Day is being held on October 16. Now in its fourth year, The Echo will be marking the awareness day with a three-part series of articles talking to locals about the disorder, and what they want people to know about the condition - and how to seek help if they need it.

A CITYWEST schoolboy has opened up about what it is like to live with Developmental Language Disorder (DLD), ahead of International DLD Awareness Day on October 16.

Robert Mockler (12) was diagnosed with the disorder, which causes difficulties with speaking and language comprehension, when he was six years old, after his parents, Brenda and Gareth, noticed that he wasn’t reaching milestones that were typical for his age when he was a toddler.

The 6th class pupil benefited from early interventions, from the HSE Early Intervention Team, in the years leading up to his diagnosis, but he still has some day-to-day struggles as a result of the disorder which he spoke to The Echo about, as he wants to raise awareness of the condition.

“Sometimes people think you don’t make sense when you’re talking,” explained Robert, “but sometimes when I’m speaking to people without DLD they don’t make any sense to me.

“In my day-to-day life, it’s hard, because it messes with your emotions and it can make you agitated.

“And there are things that other people can do, like they can just start writing a story off the bat, but I have to take a couple of minutes to even think of my first paragraph.”

The condition can also make it difficult for Robert to find the words he wants to use when he’s speaking, and he said at this point his mind just goes blank and he struggles to express himself.

Robert’s mam, Brenda, who is The Echo’s office manager, added: “Robert knows what he wants to say, but a lot of the time he uses the right word in the wrong context.”

When asked what people can do if they’re talking to someone with DLD and they have difficulty finding their words, Robert said: “They should wait for me to find the words, because if they speak more, then that puts even more pressure on me and it becomes overwhelming.”

As for parents who might be concerned that their child has DLD, Robert has some sage advice: “Try to get as much help as you can, as early as you can.

“There are lots of therapies that you can go to. They shouldn’t be worried at all.”

Looking ahead, Robert said he hopes to improve his English skills, and he will continue with therapy to help him achieve this.

The theme for this year’s International DLD Awareness Day is ‘DLD See Me’, putting an emphasis on the lived experiences of children with the disorder.