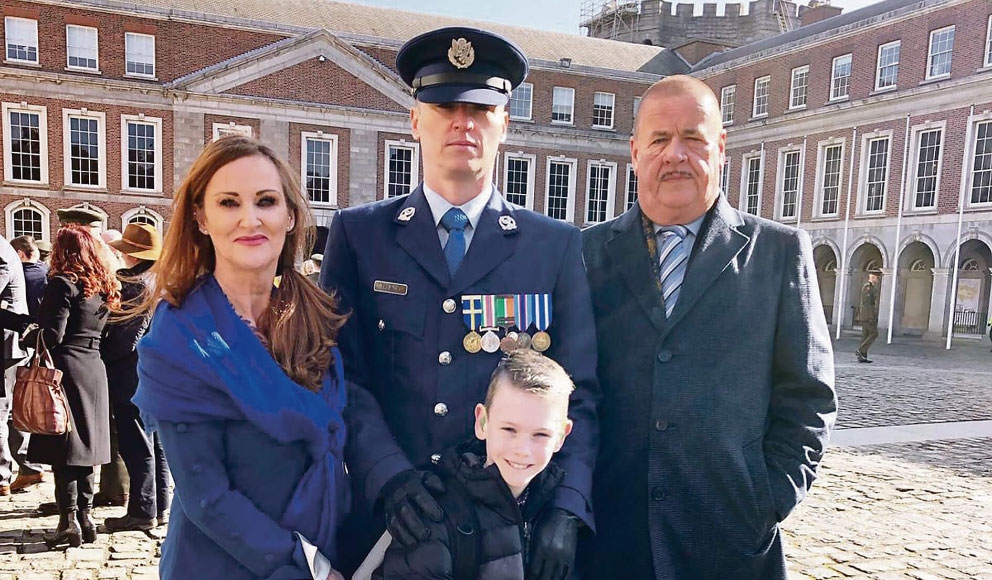 Robert making his Mark as captain in Defence Forces

A PAST pupil of St Mark’s Community School in Springfield, who joined the Defence Forces 20 years ago, was promoted to the rank of Captain in the Irish Army at a commissioning ceremony in Dublin Castle last month.

When asked if his career with the Defence Forces has matched his expectations as a teenager, Robert said: “It excelled my expectations. It opened so many doors and gave me so many opportunities with getting qualifications and travelling overseas.”

After his time in the 5th Infantry Battalion, Robert then transferred to the Irish Air Corps in Baldonnel in 2013, where he moved up the ranks to Flight Quartermaster Sergeant, and on March 13 last, the father-of-one was commissioned into the Officer ranks of the Irish Army, to the rank of Captain.

Robert’s proud parents Tom and Eileen, his beaming wife Laura and his nine-year-old son Sean all attended the commissioning ceremony, with young Sean being particularly proud of his dad.

Robert said: “Sean was thrilled, he was very proud. He really liked it, and for days afterwards he kept congratulating me.”

Robert is now looking forward to continuing his long career with the Defence Forces, with his proud family supporting him along the way.