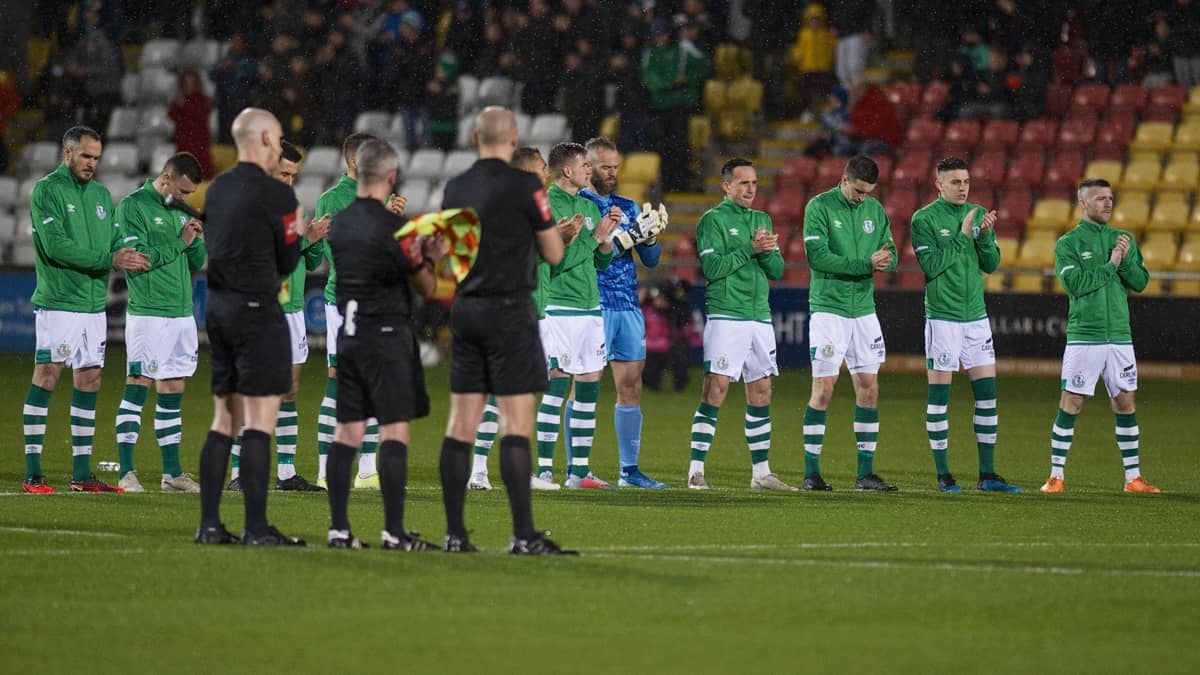 SHAMROCK Rovers have won this season’s SSE Airtricity League Premier Division title without having to kick a ball within the last three weeks.

Bohemians, the only team still in with a chance of catching the Hoops at the top of the table, saw such hopes evaporate tonight following their 2-0 defeat at the hands of Finn Harps in Dalymount Park.

Shamrock Rovers have secured their first Premier Division title since 2011

A Mark Russell brace proved the undoing of the Gypsies who consequently have no chance of catching Rovers now having managed just a point in their last two outings which has left them four adrift of the leaders with just one game left to play.

But take nothing away from Rovers, who have proven most consistent in what has been a tumultuous year for sport and one that resulted in a shortened Airtricity League season.

Having dropped just four points over the course of their 14 games so far, Stephen Bradley’s team are deserved winners of the 2020 title which they have wrapped up with four games to spare.

The team saw three of their four remaining league matches postponed earlier this month after two of their players tested positive for Covid 19.

Yet the side will be celebrating on Wednesday night when they welcome Derry City to Tallaght Stadium knowing they have already bridged a nine-year gap since the club last raised the Premier Division crown.