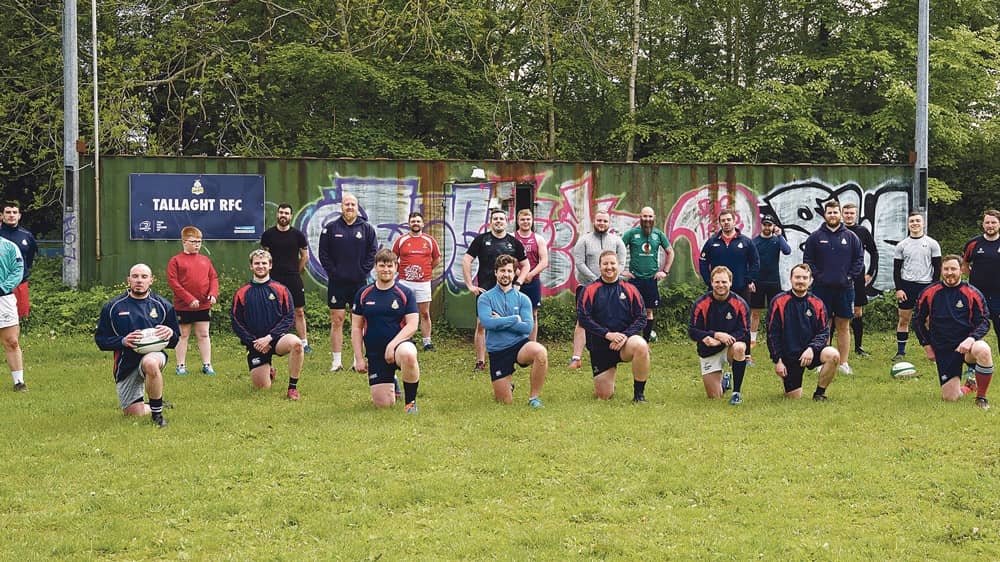 THE VANDALISM of a rugby pitch in Tymon Park has resulted in communities rallying behind a local rugby club’s fundraising drive to purchase private premises, closing in on the €30,000 goal.

A robbed car gained access to pitches used by Tallaght Rugby Football Club in the early hours of May 9 and ultimately destroyed the green space after crashing through their goalposts before being set on fire.

The club pays rates to South Dublin County Council for the use of the pitches, leaving any developments or repair works out of their hands.

In the wake of the recent escalation in vandalism to the pitches, out of desperation Tallaght RFC decided enough is enough and launched their Forever Home Campaign.

“We’re fundraising to basically get us on the property ladder,” Tallaght RFC Public Relations Officer, Emma-Louise Doyle, told The Echo.

“We haven’t established where or found suitable land as of yet, the executive committee will be undertaking the search and it’ll definitely take weeks, months and into the foreseeable future.

“But the fundraising is a starting point for us to be able to come up with a deposit for land, which will provide a safe and secure space for our teams to play and train on.

“It’s kind of a catch 22 because we can’t develop the lands we’re using, to secure them, because we don’t own them and we can’t buy the land either because it’s not for sale,” Ms Doyle explained.

The burnt out car in Tymon Park

At the Tallaght Area Committee Meeting on Monday, May 24, Cllr Mick Duff called on the chief executive of the council to investigate how a car gained access to Tymon Park.

Cllr Duff asked the council “to take whatever measures necessary to prevent a repeat of this despicable incident”, declaring it as “essentially an attack on the local community”.

In its response, the council outlined that it’s Public Realm Section investigated the incident and could not find any evidence of forced entry or determine how exactly the car accessed the park.

South Dublin County Council did say that Gardai have been contacted as there were reports that the car in question was being driven around the local area, ultimately concluding that “the Garda could not provide useful information in this regard”.

Through a process of elimination, the council believes the “stolen car was most likely brought into the park during normal opening hours, kept out of sight while the park remained open to the public and while the park rangers were still on duty, and then driven around the park after the gates closed”.

The council will examine the arrangement for opening and closing the entrances to the park at Castletymon, Limekiln and Willington – which all operate on an automated mechanism at predetermined times.

At the time of The Echo going to print, Tallaght RFC’s Forever Home campaign had raised just under €27,000 with local businesses offering their support.

Ms Doyle added: “We have had a great response from our community, the rugby community and beyond.”

“We didn’t imagine being anywhere near the €30k and especially this quick, it’s been very overwhelming especially considering all that is going with Covid-19 and the impact it has had on so many different industries.

“It’s been very difficult to fundraise, we can’t really ask for memberships even, so seeing the amount that has been raised is just spectacular.”

Meanwhile, vandalism of Tallaght RFC has not stopped, with their storage container in Firhouse being spray painted with graffiti last weekend.

To donate to the Forever Home Campaign, visit: HERE.