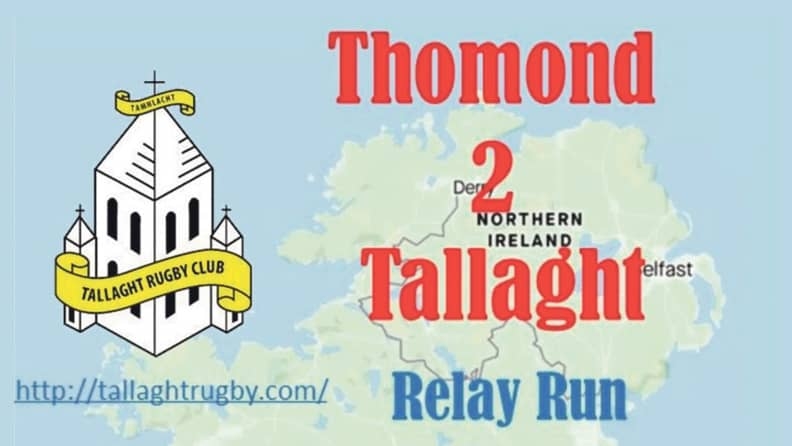 TALLAGHT Rugby Football Club has raised over €11,000 for mental health charity Aware, ahead of a 24-hour challenge next week, which will see 40 of their members running from Thomond Park in Limerick to the club’s home ground in Firhouse.

The runners will cover between five and ten kilometres each, covering a distance of roughly 200kms in total, next Saturday, August 22.

The club set up an online fundraising page last June in advance of the challenge, and at the time of going to print over €11,800 had been raised in aid of Aware.

Luke Tyrell, chairman of Tallaght RFC, told The Echo: “The idea for the fundraiser came about after a meeting I had with Alan Quinlan, an ex-Munster Rugby player and Aware ambassador, a few years ago.

“I found him a very inspirational guy to listen to, and so I came up with the idea to hold a fundraiser to raise awareness of Aware, but I never had the opportunity to organise it.

“Then Covid hit, and I thought I’d have to postpone the idea again, but then I realised it would be the ideal time to do it.”

Once the logistics of the challenge were worked out, Luke then asked if 40 people from the club would put themselves forward to take part, and was blown away by the response.

“I put it out to the club that we needed 40 runners who would run about 10 km each,” added Mr Tyrell. “The response was tremendous – we got 40 runners and we have a list of back-up runners too.”

There will be ten cars, with four runners in each, at varying points of the route over the course of the 24-hour challenge, where runners will switch places with each other once they’ve completed their distance, and the club’s chairman believes the significant uptake in the event is because of the nature of Aware’s work.

“Within our own club, we’ve been touched by anxiety and depression,” said Mr Tyrell.

“I think a lot of people have been touched by anxiety or depression, whether personally or by people they know, and you see a lot of celebrities and rugby players opening up and speaking out about it.”

Tallaght RFC’s Thomond to Tallaght relay run will take place on Saturday, August 22, and donations to Aware are being accepted HERE on EveryDayHero.