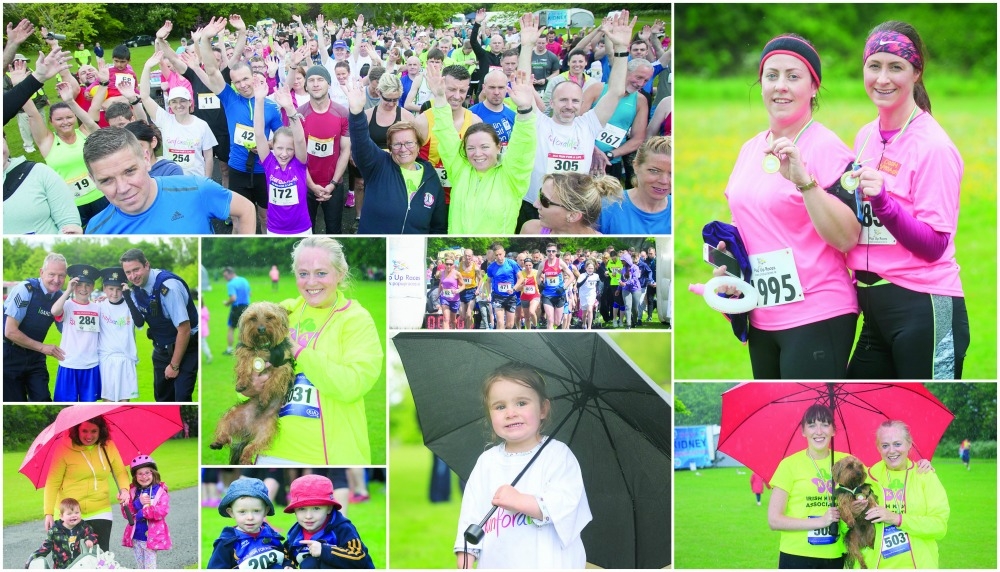 OVER 560 people turned out to support the annual Irish Kidney Association ‘Run For a Life’ event at Corkagh Park recently.

A large contingent of up to 40 runners from Tallaght Athletics Club took part to support fellow club members whose relatives had organ transplants.

One of these was Dermot Delany from Clondalkin whose daughter Michaela (17) underwent her second transplant last September, thanks to her donor mother Liz.

Dermot came in second in the 10k race with a time of 40.18 – whilst Michaela was joined in the fun run by her cousins and friends.

Last year, Mr Reynolds was forced to dash away in the middle of the event when he received an emergency call advising that his pregnant fiancée Samantha had gone into labour with their first child Dylan.

The couple will celebrate Dylan’s first birthday on May 29 and look forward to their nuptials next summer.

The registered charity fundraiser, now in its ninth year, aims to raise awareness about the importance of organ donation and transplantation.

Run for a Life organiser, Colin White said: “The IKA sees this event as a positive way to promote organ donor awareness. We are looking to encourage the public to have a family discussion about organ donation.”

Overall winner of the 10k was Kilnamanagh man Ronan Kearns from Rathfarnham AC with a time of 35.13.

Tallaght AC member Sharon Tighe was the first lady across the line in the 5km distance (20.29) and the first male to win the same 5k distance was Paul Martin, also from Tallaght AC.

Anyone interested in becoming a donor can receive cards by freetexting DONOR to 50050 or visit www.ika.ie/card.
IKA’s new digital donor card can be downloaded at www.donor.ie on smartphones.

Anyone can become an organ donor on the new format driving licence which is represented by Code 115.