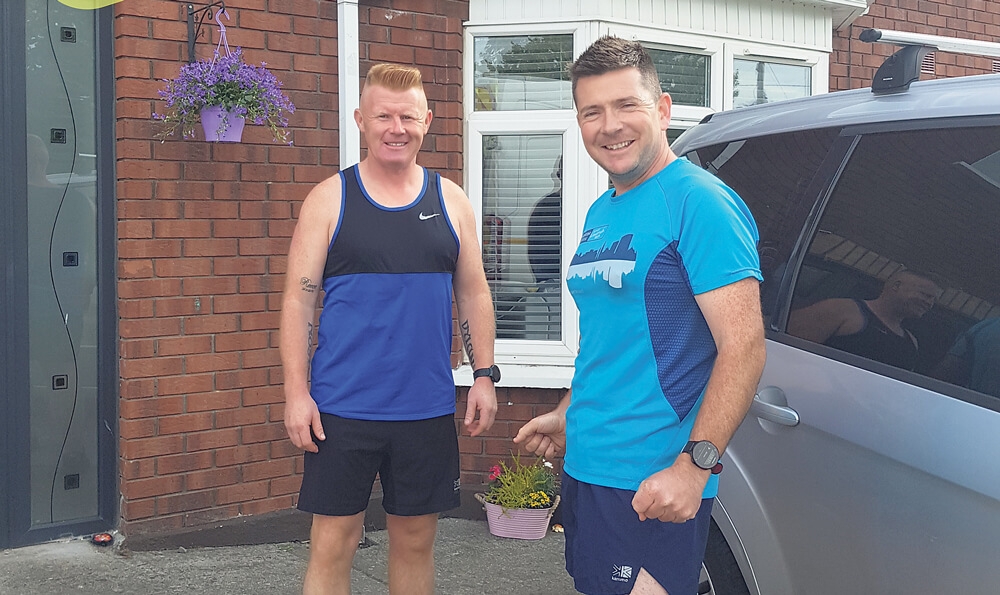 THE loss of a beloved mother was comforted to some degree by the care and support of staff at Our Lady’s Hospice in Harold’s Cross.

Following the passing of Patty O’Keefe (71) in February, her son Lar O’Keefe decided to run to raise money for the hospice – from his home in Monasterevin, Kildare to Harold’s Cross – a total of 68 kilometres.

Lar (42) will be joined by his training partner Sean Mahony for the mammoth journey, and the first 5km will also see the involvement of Lar’s son Jason (12) and Sean’s daughter Faye (12).

During the final weeks of Patty’s battle with COPD, staff at St Gabriel’s Ward in the hospice were “amazing”, according to Sharon O’Keefe, Lar’s wife.

“They gave great memories. Her memory was getting weaker and weaker, they would give her a glass of Guinness, all the family were in there with her. The staff made it extra special. They don’t get enough recognition from the State.”

An avid runner, father-of-four Lar has been in training for the last few months with Sean Mahoney, and they received permission from gardai to undertake the challenge.

“They will leave at 9am on Sunday and take all the back roads to Tallaght, Greenhills Road, Cromwellsfort Road, down past the family home in Crumlin and to the hospice. One of the gardai in Tallaght said they will give them an escort on the final leg. I will be following them in the car.”

A GoFundMe page for the fundraiser has already secured over €6,000 and the family will leave the page open until August 31.

Donations can be made at GoFundMe HERE