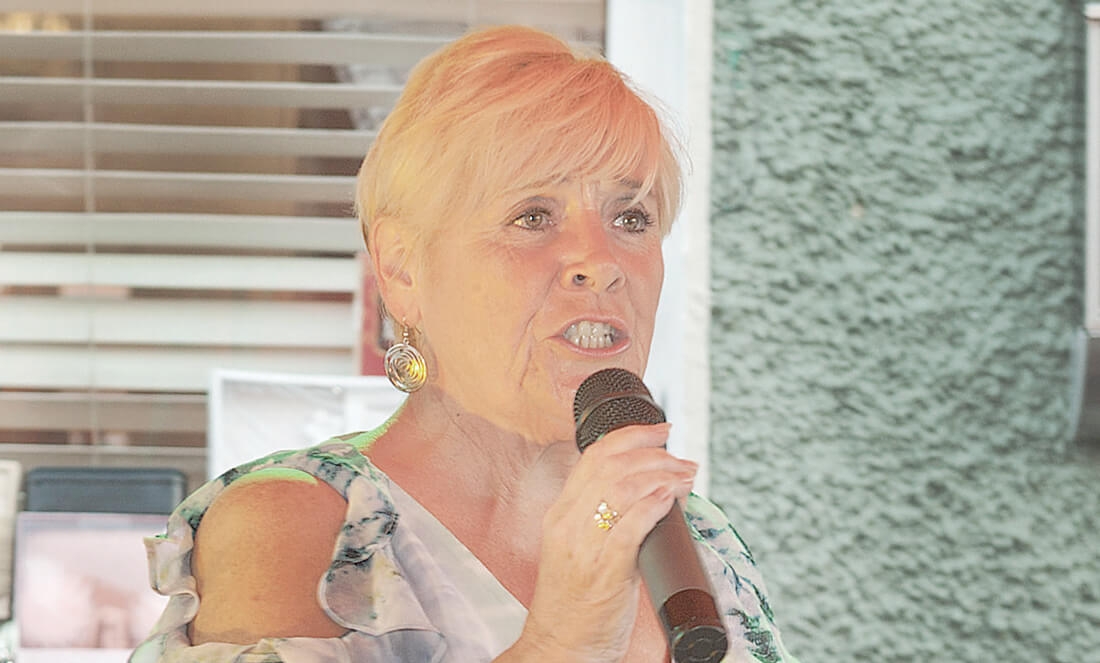 MINI Live Aid was a major success, after a local crooner transformed his front garden into an outdoor singalong for charity.

Ballyfermot resident Damien McElligott, organised the event on Friday night for the Laura Lynn foundation at his home on Colepark Drive.

He got permission from community gardai to close the road and invited up to 20 singers from the local music scene to take part.

A stellar bill included X Factor star Mary Byrne, who is also from Ballyfermot, and she rocked the street when it was her turn just after 8pm, with many residents joining in throughout the night.

The event was streamed live on McElligott’s Facebook page and received thousands of views and messages of support.

“It went so well, neighbours loved it, but the last of the singers I invited didn’t get on the mic until 1.30am,” said Damien.

“We started after 7pm, a lot of people wanted to have a drink or two before they sang, but then there was a rush of people wanting to go next. We broke that target of €1,000 on the GoFundMe page and easily raised over €1,000 in buckets – lots of people were throwing in €20 notes.”

The night went so well that Damien is considering hosting his regular Friday night Facebook live singalongs out the front garden again.

“I even had a mate from Crumlin tell me he liked the idea so much that he might do a similar night over there, and there might also be one in Blanchardstown,” said Damien.

Raffles and donations of prizes from local businesses helped to build the fund for Laura Lynn, and Damien hopes to formally make a presentation to the foundation later this week.

You can still donate on their GoFundMe page HERE.