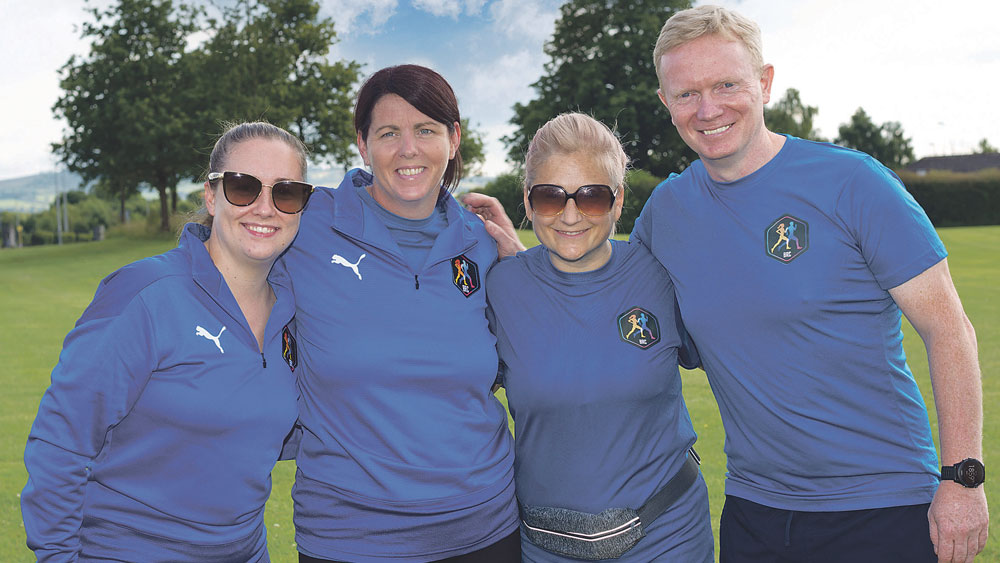 Gemma, Stacey, Natasha and Bren at the event

A LOCAL running club has raised over €3,000 for a young girl with a rare form of cancer by organising a ‘family fun run’.

As reported in The Echo last week, Bawnogue Running Club organised a fundraising event for a nine-year-old girl, Aoibhe Lyons from Deansrath, Clondalkin, who has a rare form of cancer and has a tumour growing on the inside of her eye socket.

The ‘family fun run’ took place in Corkagh Park on Wednesday, July 7, with members of the community showing their support in order to raise much needed funds for Aoibhe.

Speaking with The Echo, organiser of the event, Wayne Killeen, said that there was a great turn out on the day from people in the community. “It went fantastic – you could see all the blue t-shirts arriving out of nowhere.”

“Some people came out with members of their family and ran a lap of the park, or some people walked it or did a combination, it went really well I have to say,” said Wayne.

The running club has raised over €3,200 so far for Aoibhe’s life-saving treatment in Manchester as well as six months of chemotherapy and hope to hold another fundraising event at the beginning of August.