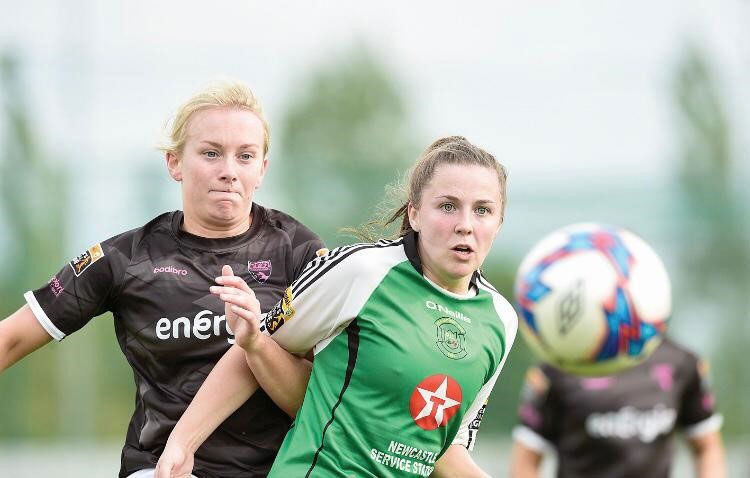 Eleanor Ryan-Doyle was the match winner at Ferrycarrig Park as Peamount United kick-started the defence of their Women’s National League crown with a 1-0 triumph over Wexford Youths.

Just when it looked like the Newcastle club would be forced to settle for a share of the spoils, the dependable attacker produced a smart finish to the opposition net with just three minutes remaining in the tie.

Eleanor Ryan-Doyle scored a late winner for Peamount on Saturday

Peamount are seeking to make history in 2021, with no team having won three consecutive WNL titles in the history of the competition.

Recent encounters between these two sides have been tightly-contested affairs and their latest meeting in the south-east was no different. It was an encouraging start to the action from the visitors, with team captain Aine O’Gorman narrowly off-target from a Megan Smyth-Lynch delivery in the third-minute later.

Smyth-Lynch was a lively presence on the left-wing for the title holders and she forced a fine save out of Wexford custodian Ciamh Gray moments later. Aisling Frawley and Ciara Rossiter were close for the home team during what was ultimately a scoreless opening period.

After finishing third in the final standings last year, Wexford are determined to challenge Peamount and Shelbourne for top spot over the course of the current season. They were presented with a golden opportunity inside the closing stages, when Ellen Murphy was taken down inside the penalty box.

However, Wexford skipper Kylie Murphy’s subsequent penalty rebounded off the post – much to the relief of the Peamount bench. There was enough time for the Metropolitans to have one final chance of their own and Ryan-Doyle made no mistake with a smooth strike from the edge of the box.