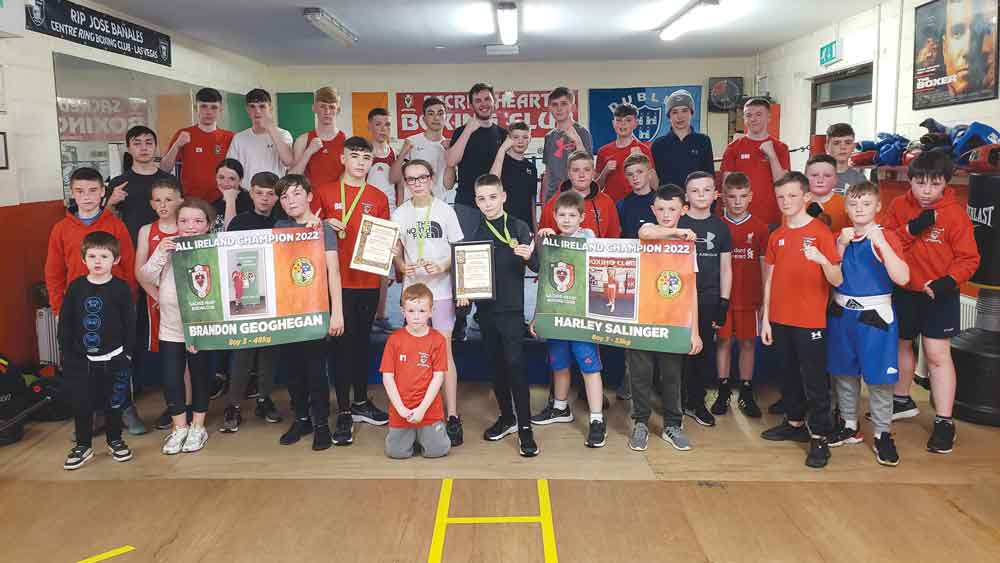 Lining out in the Boy Three 33kg class at the National Stadium, Salinger never dropped a round en route to the title, beating Ulster champion Michael Stokes from Oakleaf BC in Derry on a unanimous decision in the semi-finals.

That set him up for a title decider against Tipperary Town’s James Delaney who had landed the Munster Championship crown earlier in the season.

And, again, Salinger served up an impressive display of counter punching that saw him take the final step on the road to his first ever All-Ireland.

Like Salinger, Brandon Geoghegan proved totally uncompromising in his campaign and never shipped even one round as he captured the Boy Three 48kg prize.

He despatched Ulster champion, Cahir Conway of Two Castles Boxing Club from the penultimate phase before then serving up another 5-0 triumph over Leinster champion, Anthony Cash from Portlaoise.

That victory ensured his second All-Ireland title and first with Sacred Heart, having previously enjoyed national glory with neighbouring Jobstown. 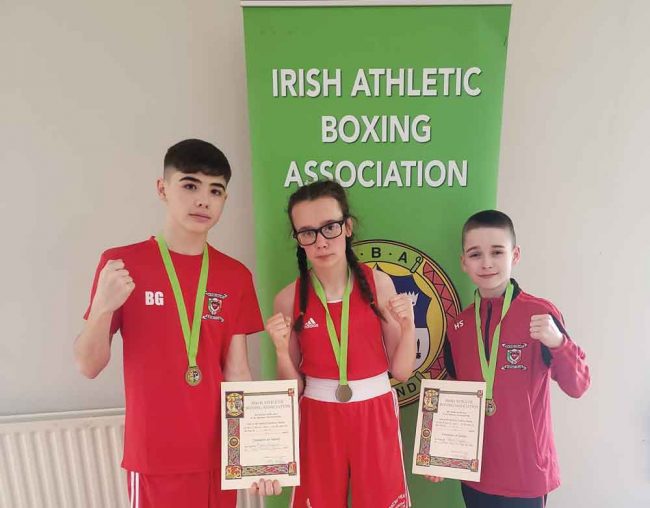 Abbey Molloy was, meanwhile, desperately unlucky not to make it a treble for the club after she was pipped in the All-Ireland Girl Three 45kg decider.

After a dominant performance against Gurteen BC’s Shauna McCrudden in the last four, Molloy then emerged on the wrong side of a 3-2 split against Ellie O’Brien of Tramore in the final.

The Waterford boxer took the opening round, before Molloy fought back in the second, and while her corner had felt she had done enough in the third to clinch the title, the decision went the way of O’Brien.

Still, it was a tremendous return for Sacred Heart at these championships as coach, Mark Hanrahan said “This was huge for the club.

“We hadn’t had an Irish champion in seven years, but the guys have really put the work in and it’s starting to bare fruit.

“Even more so than the titles, the team spirit in the club right now is second to none and I really feel that this is the start of something big for Sacred Heart” he insisted.

The club will turn its attention to the staging of its 43rd Anniversary show in the Maldron Hotel on May 27 when some 13 contests will be run.

Salinger, Geoghegan and Molloy, along with Dublin finalists, Callum Cummins will line out in the Junior competition, while another four boxers for Heart, Sean Stafford, Christy Connors and the Donoghue brothers, Patrick and William will take their place in the senior division