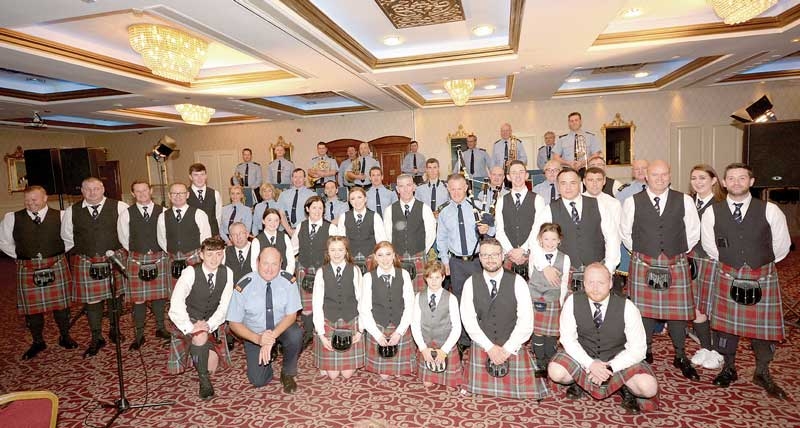 The St Joseph’s Pipe Band celebrated its 80th anniversary by hosting a celebratory and fundraising concert at the Red Cow Hotel earlier this month.

The money raised at the concert will be put toward the ongoing teaching programme and will help support the funding of instruments and uniforms for the upcoming years.

The Clondalkin pipe band opened the night showcasing some of the young talent making their way through the ranks. The Clondalkin Youth Band, who recently cinched a silver medal at the World Music Contest in Kerkade, Holland, performed a set on the night.

The highlight of the celebrations was the featured guest performer, The Band of An Garda Síochána.