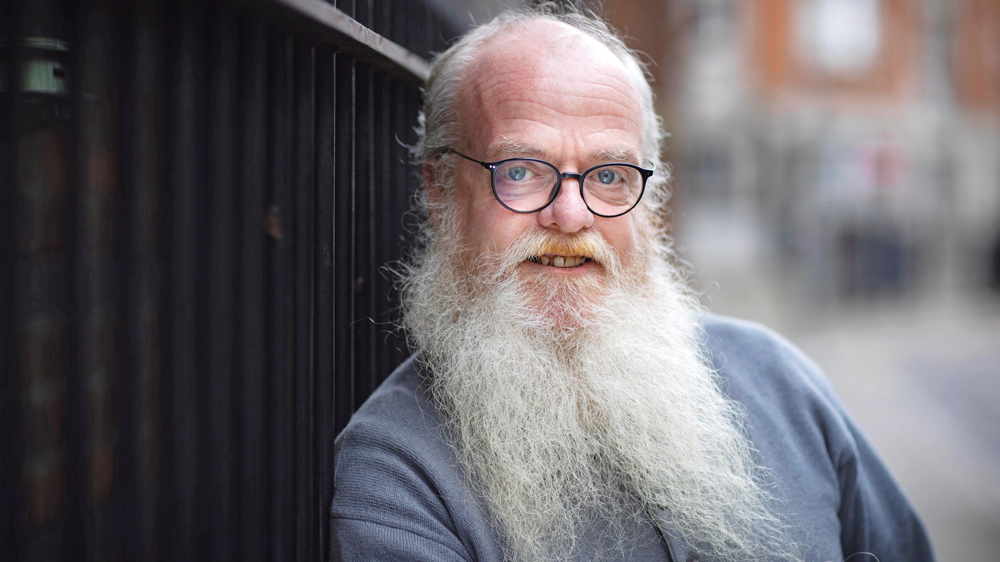 Eddie Brennan, 54, says the Salvation Army helped him to move on with his life through a combination of respect, structure and security, having battled mental health and addiction issues for two decades. He now calls York House, one of the organisation’s adult and emergency hubs in Dublin, his home Photo by Marc O’Sullivan

BATTLING depression, alcohol abuse and homelessness for 20 years, Eddie Brennan is one of many people who have been saved by the Salvation Army.

Originally from Ballyfermot, Eddie (54) now calls the York House Lifehouse in Longford Street his home – along with 80 other men recovering from mental health issues or addiction.

“I have my own key, my own place, a desk and shelves. I have privacy when I need it, but I also know that someone is keeping an eye out for me. As I see it, we’re all brothers and sisters in here,” said Eddie.

“Respect and structure and security – if you have those things, you can move forward with your life.”

As a younger man, Eddie was a volunteer driver for youth clubs and senior citizens before depression took hold of his life at 30, pushing him into a spiral of homeless shelters and psychiatric hospitals.

“I was just going in circles. When you are homeless you are afraid to settle yourself. You’re afraid to get to know anyone because you are always moving on,” he said.

“In the hostels, there was nothing permanent. Every six months or so I’d have to pack up and move onto the next hostel so I could never really settle anywhere.”

Eddie now has the comfort of a safe home in the York House residential centre – one of six such centres operated by the Salvation Army.

According to the Salvation Army’s 2020 annual report, they provided over 400 people in Dublin with safe beds every night.

A total of 133 families, along with 386 men, women and under-18s, were supported through homelessness by the organisation in the capital in 2020.

Despite the challenges of the pandemic, the Christian church and charity, working with Dublin City Council, opened a new family hub in Harold’s Cross.

“A family hub is only designed and suitable as short-term accommodation for families. In their time with us, we are always helping them explore options to secure their own accommodation and make their situation as comfortable as possible,” said the Salvation Army’s Regional Manager, Neil McKittrick.

“That includes skills to support them for when they are back in the community.”

In 2020, more than 28,000 meals for adults and children were served and hundreds of food parcels distributed by its three family hubs, which also provide cookery classes, tips on healthy eating, sport and physical activities, quiz nights and religious/spiritual support.

The religious and charitable organisation supports vulnerable people in over 100 countries worldwide.