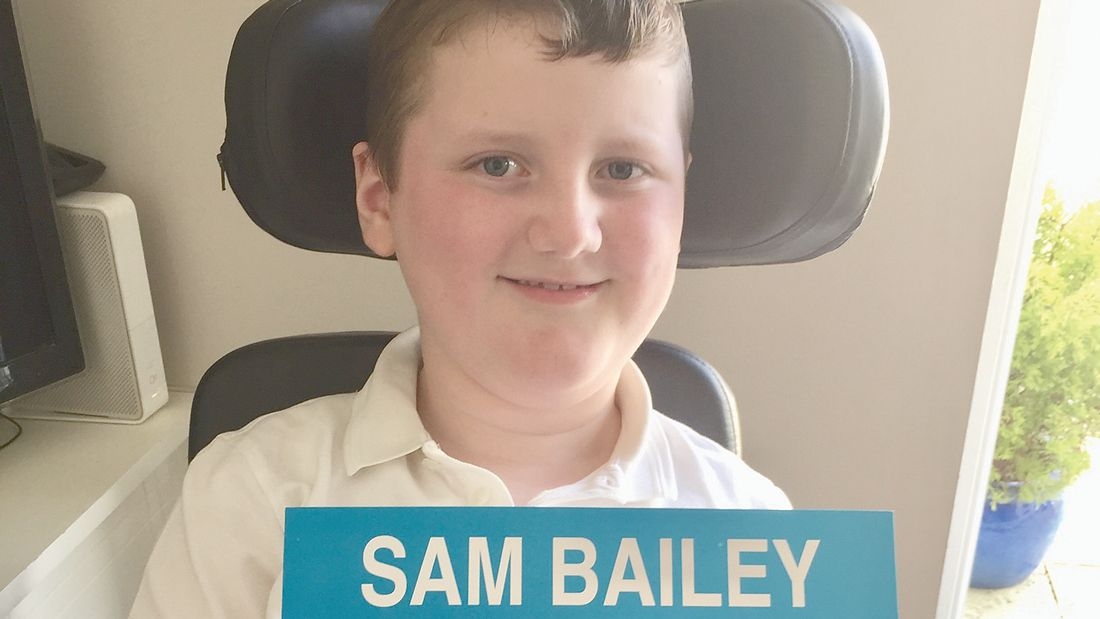 A YOUNG boy from Rathcoole faces another “deadly flu season” without Spinraza, a drug he was promised four months ago by the HSE.

For more than two years Sam and his family campaigned for the Irish Government to release funding for Spinraza – the first approved treatment for SMA sufferers.

On June 11 of this year, the HSE approved Spinraza for Sam and 25 children living with SMA in Ireland.

According to Sam’s mother Fiona Bailey: “Yet four months later Sam is still waiting for treatment.

“Not one of the 26 children have received Spinraza.

“We are yet another deadly flu season without Spinraza, despite being promised it by the HSE.

“We are devastated and disgusted at the treatment Sam is receiving from the HSE once again, no communication, no transparency and plan going forward.”

According to Fiona, Sam was in ICU (Intensive Care Unit) this time last year, and three times since.

“It is unthinkable that he will not receive Spinraza in the coming weeks”, Fiona said.

“We had received provisional dates of July, August and October/November for the roll out of Spinraza and just last week there appears to be some doubt over the October/November roll-out date.

“We are calling on Minister Harris to ensure the HSE delivers on their promise without any further delay.”

Last week, Lisa McHugh from Clondalkin told The Echo how her son Glenn (17) should be three or four doses into his treatment of Spinraza.

“The HSE put forward the money, but the hospitals don’t have the staff to administer it”, Lisa said.

“Now, we are in a battle with hospitals.”

The Echo contacted the HSE for comment however, the query was re-directed to Children’s Health Ireland (CHI).

In a comment to The Echo, a spokesperson for CHI said: “Since July, 11 children have been approved for Spinraza treatment in CHI at Temple Street.

“The patients are treated under specialist care at Temple Street according to clinical guidelines.

“Application for approval is based on clearly defined criteria and follow these guidelines.

“The number of individuals treated and their commencement on treatment is as per the clinical guidelines.”

The spokesperson added: “CHI at Temple Street can advise that it is currently engaging with the individuals/family involved regarding their child’s treatment plan.

“We also cannot comment on the number of patients who have received this treatment to date as this number is small and therefore it has the potential to identify patients.”