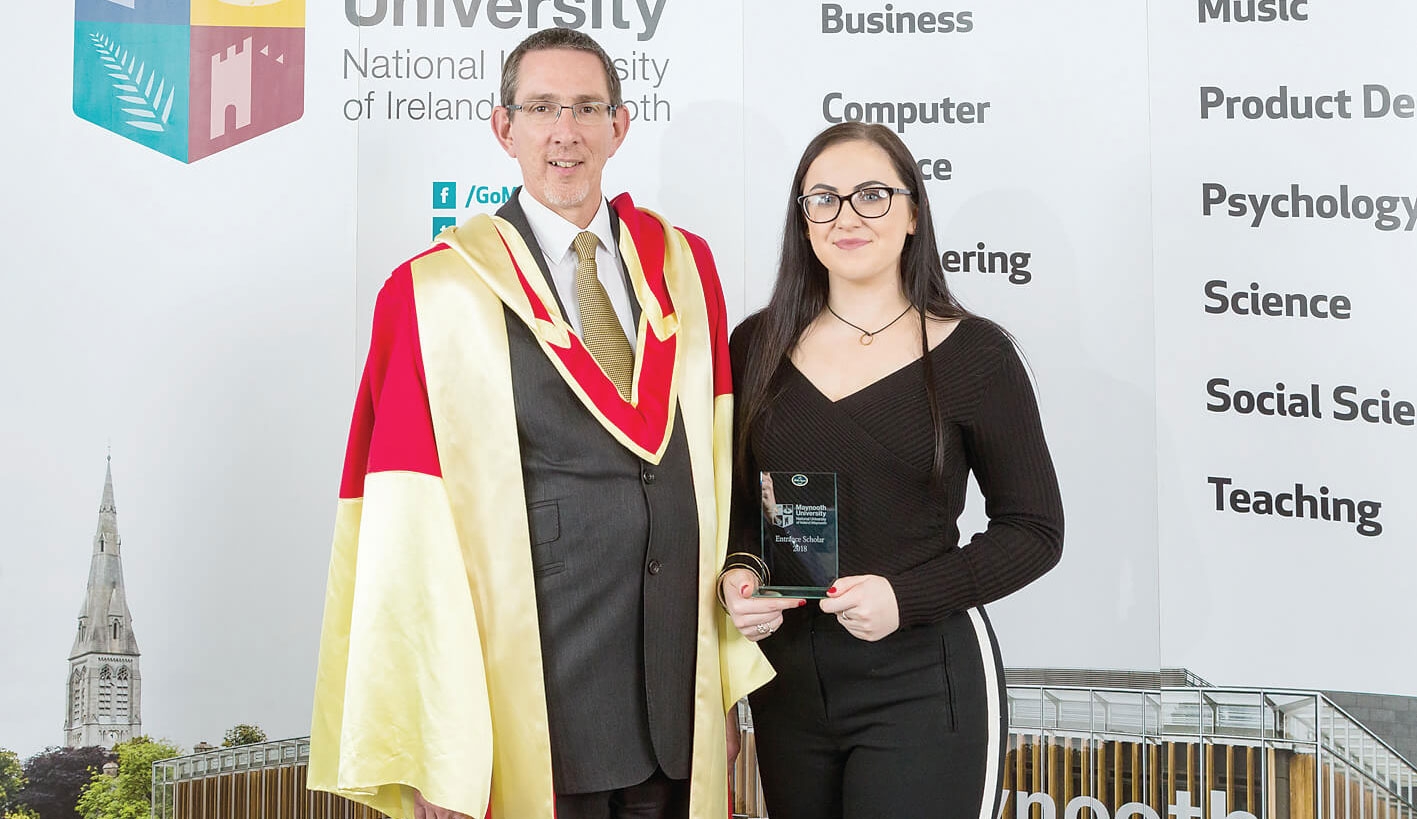 The annual awards Entrance Scholarship Ceremony at Maynooth University recognises the academic achievements of some of the first year students in their Leaving Certificate exams, as well as scholarships for the Bachelor of Music and Equine Business degrees.

Almost 40 students beginning their studies at Maynooth in 2018 are awarded €1,000 for achieving 550 points or more in their Leaving Certificate examinations.

Former Sancta Maria College student Erin Brown was one of the recipients of a 2018 Entrance Scholarship.

Ten students studying the Froebel Bachelor in Education degree were recognised on the night for their Leaving Certificate achievements. Among the other popular courses represented were the BA Arts and the BSc in Computational Thinking.

This year Maynooth University offered a new Entrance Scholarship for one entrant to MH103 Music course and this inaugural award went to Eamonn Walsh. The award is based on the MH103 written test, interview and audition.