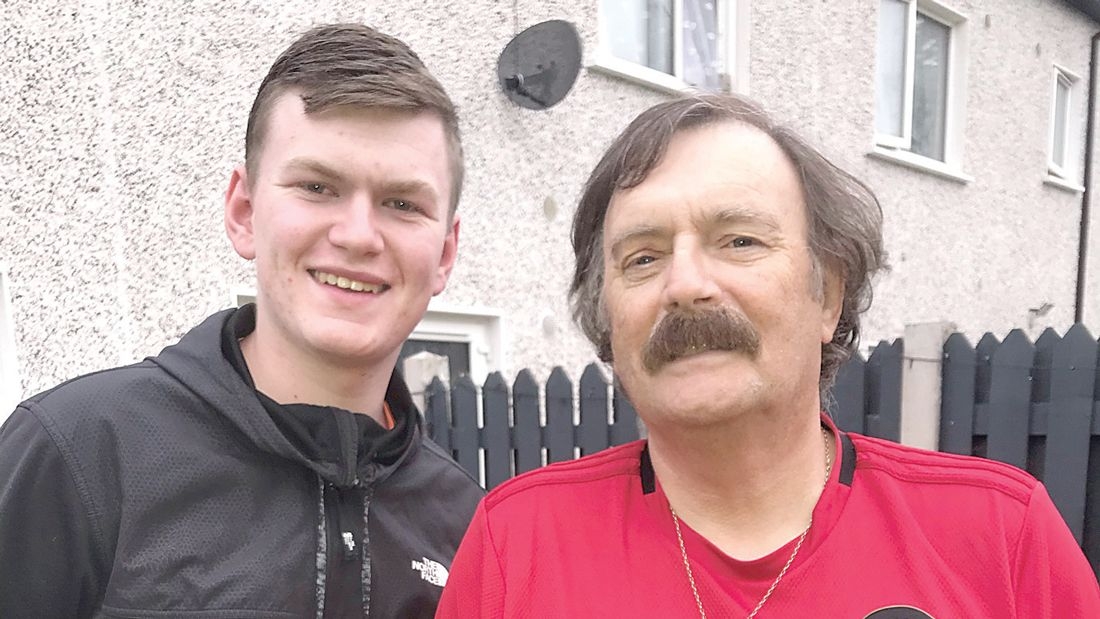 ‘Saying you’re a young carer gives you a confidence boost’

A TEENAGER who cares for his dad in the home has spoken to The Echo about the importance of recognising young carers as the country celebrates Carers Week 2020.

The Echo spoke with 16-year-old Adam Hyland, who is one of 56,000 young carers nationwide.

Adam, who was named Young Carer of the Year 2017 and is an Ambassador for Young Carers, lives in Clondalkin and helps his mam Elaine care for dad Pat.

Pat, who fell ill when Adam was seven, also suffers with ongoing chronic pain, and needs assistance with his everyday routine.

Adam is currently undergoing a motor mechanics apprenticeship in Rathcoole.

When the lockdown kicked in back in March, Adam was at home full-time with his mam and dad.

“The past three months were difficult”, Adam told The Echo.

“Families didn’t have the same supports and myself and my dad haven’t been able to get out on our little walks or go and get our hair cut together.

“I’m back in work now but it can be a worry.

“I know my mam is with my dad but I do worry about my dad falling and my mam can’t get him up.”

He added: “I know a lot of young people who are young carers but they don’t see themselves as young carers.

“When you’re in school, no one knows what’s going on behind closed doors.

“I think in school there needs to be more recognition, more awareness that a student is a young carer.

“I’ve told my boss, he’s well aware that I help care for my dad, and now he’s there for me.”

In recent months, due to lockdown and a closure of day services and other supports, young people right across the country have provided additional support in the home – or have become a fulltime carer.

When asked if he had a message to any young person providing care, Adam said: “Don’t be afraid to express your feelings, talk about your feelings.

“Going through stuff at home can be mentally challenging.

“I don’t like to talk, I bottle it up but it’s important to talk.

“Saying you are a young carer gives you a confidence boost.

“It is a very rewarding thing to do but not always an easy thing to do, that’s why it’s important to express your feelings.”

Adam believes that it’s not just young carers that need to recognise what they do but for society as a whole to acknowledge the important and vital role of young people as care-givers in the home.

“There’s young carers all over Ireland, all over the world, and we need to recognise them”, he said.

According to Adam’s mam Elaine, her teenage son didn’t realise he was a carer until he was recognised as one back in 2017, when he was named Young Carer of the Year.

Elaine said that Adam is capable of providing all aspects of Pat’s care, including medication and lifting and supporting his dad correctly.

“Adam was only seven when Pat got sick so he’s grown up with it”, Elaine said.

“He didn’t realise he was a carer until he was recognised as one.

“There’s nothing Adam doesn’t do in the house, nothing phases him and he provides high quality care to his dad.

“I don’t think people realise how much young carers do at home.”

Now back in work, Adam continues to get up with his dad in the morning, helping him to get washed, dressed and ready for the day ahead.

According to Elaine, when Adam gets home each evening, he continues to care for his dad and spend time with him.

“They have a special bond”, Elaine said.

When contacted by The Echo, a spokesperson for Family Carers Ireland said that more awareness of young carers is needed and adequate supports put in place at home and school.

Any carer can call the National Family Carers Ireland support line on 1800 240 724 or visit www.familycarers.ie.

Support Carers Week by texting ShineALight to 50300 to donate €4.