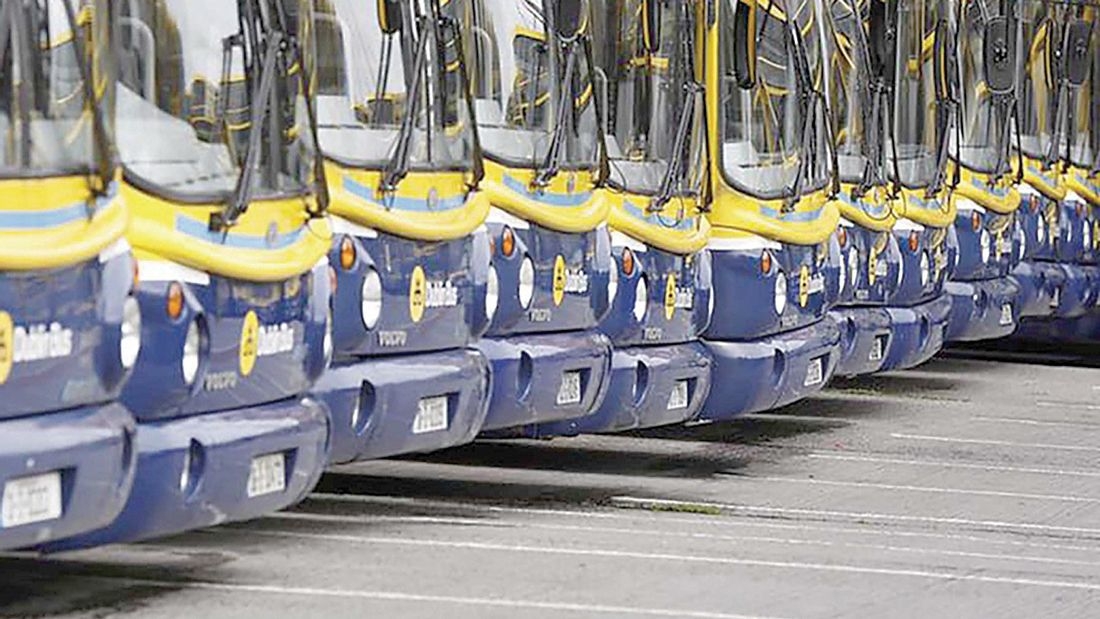 THREE local schools are set to lose their dedicated school bus services, in a move that a local TD has described as “a step in the wrong direction”.

The principals of St MacDara’s Community College in Templeogue, St Paul’s Secondary School in Greenhills and Tallaght Community School received letters from Dublin Bus last month, notifying them that their dedicated school bus services – which are contracted to Dublin Bus – were being cut.

The services ceased in March, as a result of school closures during the pandemic, and Dublin Bus will not be renewing their school bus contract for the next school term for several reasons, including low usage on some contracted buses, alternative options in existing bus networks, and the BusConnects redesign.

However, RISE TD for Dublin South-West, Paul Murphy, has criticised Dublin Bus’s decision and raised the issue during a meeting of the Dáil’s Covid-19 committee earlier this month, in the committee’s session on reopening education and school transport.

“It was built around the students’ needs and provided peace of mind to the parents.

“Rather than cutting back on it, we should be expanding the school transport scheme, to cut back on the number of cars on the roads, and the stress on parents.

“Dublin Bus’s claim that the kids can just hop on the existing bus routes is a fig leaf.

“They know that for many kids using the current scheme they would need to leave home half an hour earlier and get two regular buses or more to get to school.

“Especially with the pandemic going on, that simply isn’t on and will pass this burden onto parents, and [will] mean more cars on the road when we need less.

“The Green Party Minister for Transport Eamonn Ryan should intervene now and restore this service.

“Rather than taking buses off the road, they should be expanding the scheme to cover more schools, bring down the cost and open up the eligibility to more students.”

In response to Deputy Murphy’s representation at the Dáil’s Covid-19 committee in relation to the school bus cuts, Paul Rolston from the National Parents Council Post-Primary said: “Obviously, health and safety measures may be required, as they are on normal public transport.

“That naturally suggests that we may need more buses rather than fewer. The issue must be addressed.

“We have not yet met those responsible for school bus transport this year. Getting to school is just as important as being at school. It is a critical aspect of school life.”

Dublin Bus stated that they would run additional public bus departures during term-time on the routes of the affected schools.

There will be two extra services on route 27 to facilitate the increase in TCS students using public transport to go to school, two additional 77a route services for St Paul’s pupils, while students from St MacDara’s will have two extra route 65 services.

A spokesperson for Dublin Bus was contacted for comment, but a response was not received in time for print.