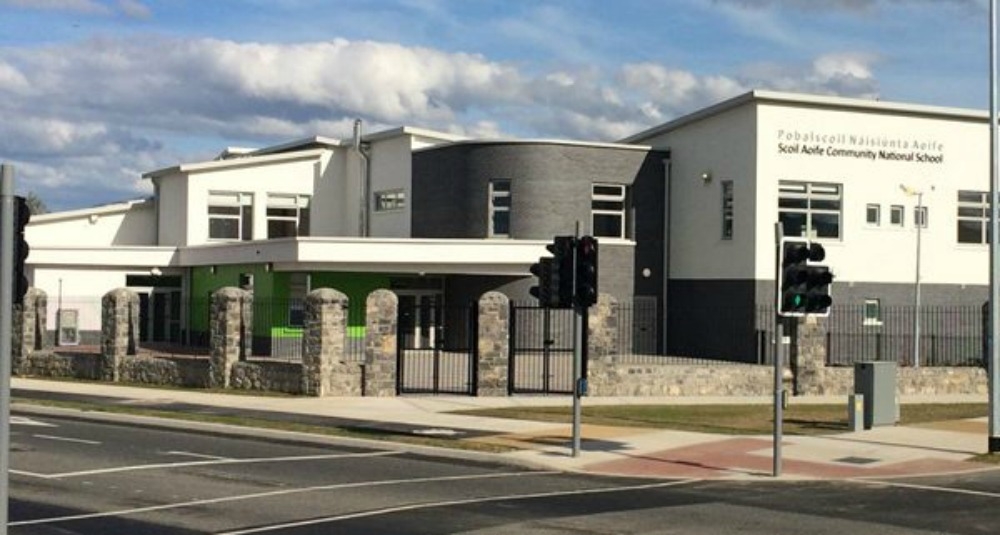 SCOIL Aoife has come a long way since opening its doors with only one pupil in September 2014, with the community national school growing to 116 children by the start of the next school term.

When opened under the patronage of the Dublin and Dun Laoghaire Education and Training Board [DDETB] in 2014, the school had just one pupil on its first day – who was taught by Principal Stacey McAuley.

However, Scoil Aoife now has 65 children across junior, senior and first class, with two new junior infant classes due to start this September pushing the pupil numbers up to 116.

The school has also grown in staff numbers, with Ms Stacey joined by three teachers, two special needs assistants and a part-time caretaker and secretary in the 16-classroom, state-of-the-art school.

Speaking with The Echo, Ms Stacey said: “The official opening was a fantastic day and we had great support from local politicians, [County] Mayor Guss O’ Connell, Minister Bruton and Minister Zappone and from our neighbouring school, local families and children.

“Our new building is absolutely brilliant, it’s beautiful and it was a real occasion on Monday to officially celebrate it.”

She added: “Scoil Aoife is a community national school and we endeavour to develop links with the surrounding community and its club, services and groups… and there will be a lot more happening in the building outside of school hours in the near future.

“We have also developed strong links with the Citywest Campus, which gave the school the gift of a piano for its official opening.”

Ms Stacey believes that numbers at Scoil Aoife will continue to grow in tandem with the surrounding community, with a number of housing developments in the pipeline.

Speaking after his visit to Citywest, Minister Bruton said: “I was delighted to visit Scoil Aoife Community National School in Citywest to open their new school.

“Through the Action Plan for Education, which aims to make the Irish education and training service the best in Europe, we are investing hundreds of millions to provide thousands of new school places across the country.

“Students in Citywest will now greatly benefit from these new state of the art facilities.”