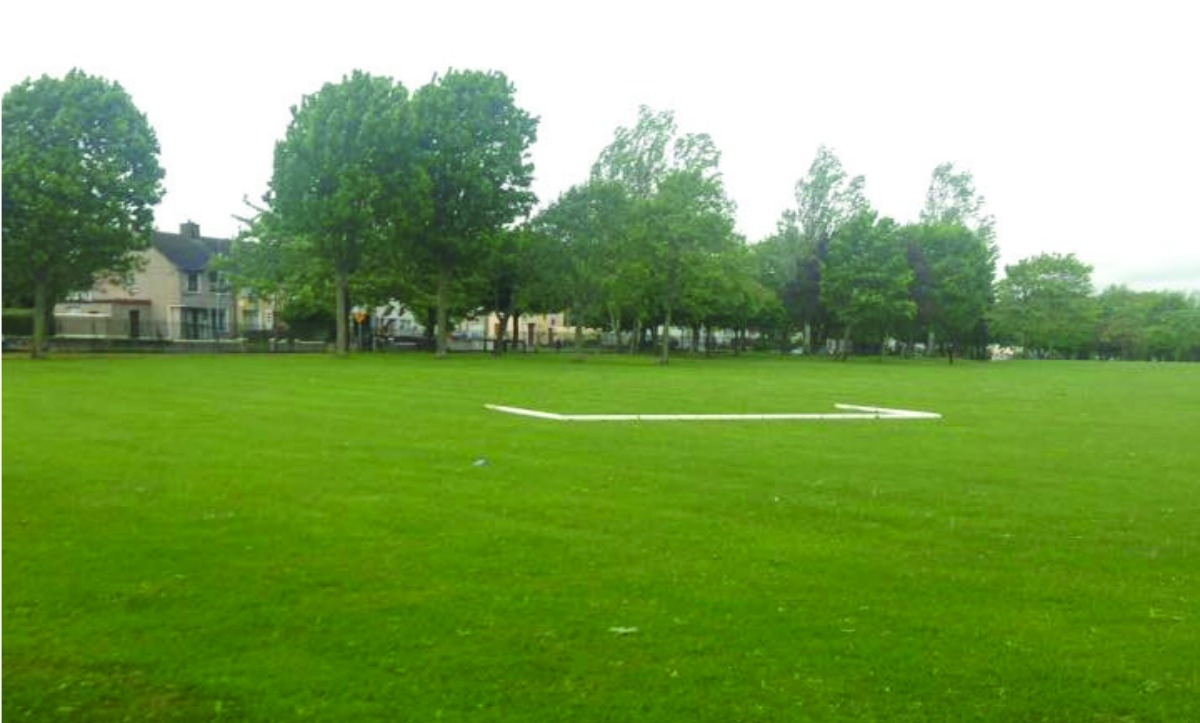 HUNDREDS of children’s football games are at risk due to recent anti-social activity, which has seen vandals take apart goal posts.

Over the last couple of weeks, Ballyfermot United say they have seen a “rise in anti-social behaviour” at The Lawns resulting in “goalposts being pulled out of the ground and parts of them taken away.”

The club shares the park with Cherry Orchard FC, and between them they cater for hundreds of local children.

The Echo understands thugs targeted four pitches at the park on Sunday night, using an Allen key to pull down one goalpost on each football pitch.

“I’d ask those who are doing this to consider the harm they are doing. Hundreds of kids use the pitches every week.

“Those responsible know who they are, and I am urging them to consider the damage they are doing to their own community.”

Ballyfermot United released a statement which said The Lawns has been “the home of football for the residents of Ballyfermot for decades.”

“We are appealing to the small minority who are doing this to stop as it could result in hundreds of local children and adults been unable to play the game they love.

“The park is mainly used by Ballyfermot United and Cherry Orchard who between us both cater for hundreds of local kids. If this behaviour continues it will make the park very unsafe for these kids and may result in all football activity ceasing. No one wants that.”

The Echo understands a local manager spotted the vandals on Sunday night and gave chase.

The goalposts were reinstalled by park staff on Wednesday morning.

A spokesperson for Dublin City Council said they were aware of the issue.

“The posts were not damaged. Whoever is doing it has an Allen key, so they were dismantled rather than damaged.”