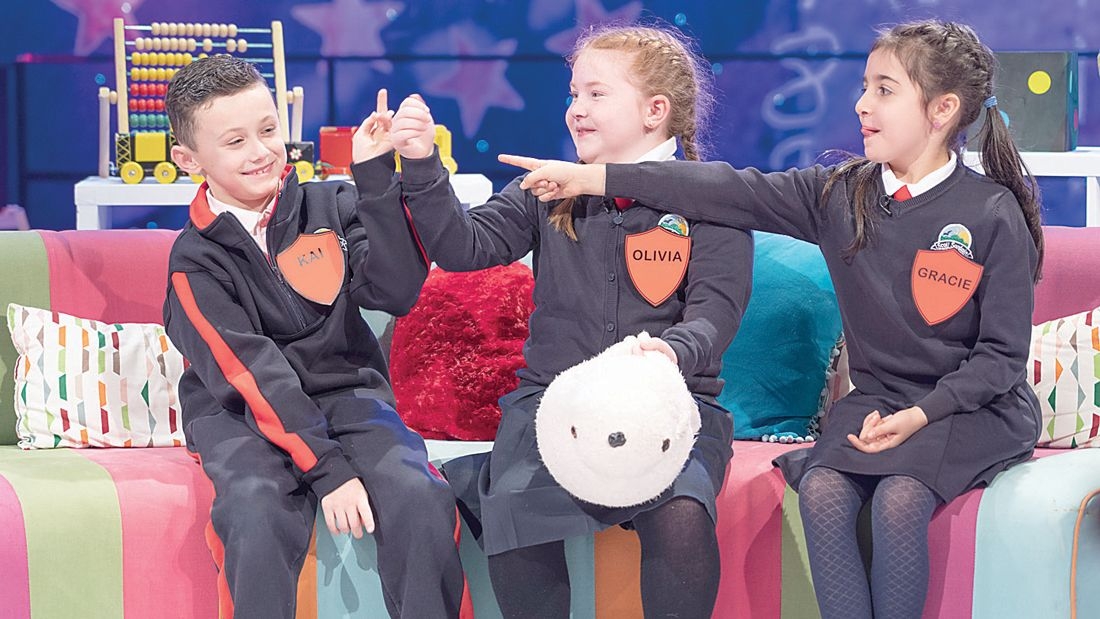 PUPILS from Scoil  Santain in Tallaght feature on this Sunday’s Cleas Act show on TG4.

PUPILS from Scoil Santain in Tallaght feature on this Sunday’s Cleas Act show on TG4.

Jordan and Ruby from Rang 4 tell Eibhlín and Eoghan about meeting members of Dominic’s Active Men’s Social and the new friends like Dermot, Michael and Matt that they’ve made over the past months.

Young and old learned about how much they had in common through the experience and bonded over the past few months.

Later in the show the choir perform Elvis’ fifties hit ‘Jailhouse Rock as Gaeilge’ and show off not just their vocal ability but some dance moves that even the King of Rock and Roll would be proud of!

Olivia and Kayla from Rang 1 join Eibhlín to spill the beans about boyfriends and later ballroom dancer Kai and his Rang 2 classmates lyrical dance while best friends Olivia and Gracie tell all about who is boldest in their class.

Along with all the giggles and stories from students on the couch – Comhghall from Rang 5 who is set for Olympics in 2028 shows off his gymnastics skills in studio.

John Nolan joins us in studio and with help from Kai and Lily Rose they try to teach Eibhlín some dance moves and see how she might fair on the hit show Dancing with the Stars.