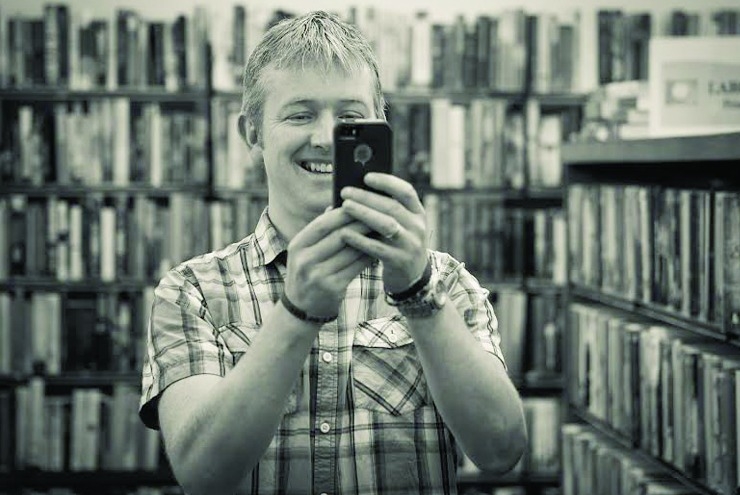 Selfies and Portraits: Snapshots from the Library After Dark Writers Cafe

A GROUP of writers who meet after dark in Clondalkin Library are releasing their first collection of work, a combination of poetry, prose and photography entitled ‘Selfies and Portraits: Snapshots from the Library After Dark Writers’ Cafe’.

The group was formed two years ago by Helen McMahon, a librarian and writer in Clondalkin Library, and the book offers a glimpse into the work of the writers’ group.

Helen explained that the book:”is a collection and celebration of the work of a writers’ group which has met here one Friday every month over the past two years when the library was closed to the general public.

“We’re like a secret society – only one that everyone is welcome to join!

“We have loads of excellent facilitators such as Donal Ryan, Louise Phillips, Catherine Dunne and loads more including local writer Colm Keegan who edited the collection.

“It’s been an amazing journey and the group is full of wonderful, interesting people.”

Clondalkin poet and writer Colm Keegan was asked to edit the collection when the group decided to create the anthology.

Colm told The Echo: “As an editor you have a responsibility in bringing the representation of the talent that’s there, and in a curatorial role you want to be able to stand over it.”

“Sometimes there’s a gap between what you think is on the page and what the reader’s going to get.”

The group recently performed a sold out show at the Red Line Book Festival which Colm described as “great craic” and featured a performance by jazz singer Emilie Conway.

‘Selfies and Portraits: Snapshots from the Library After Dark Writers’ Cafe’ can be purchased for €10 at any of the libraries in South Dublin County.