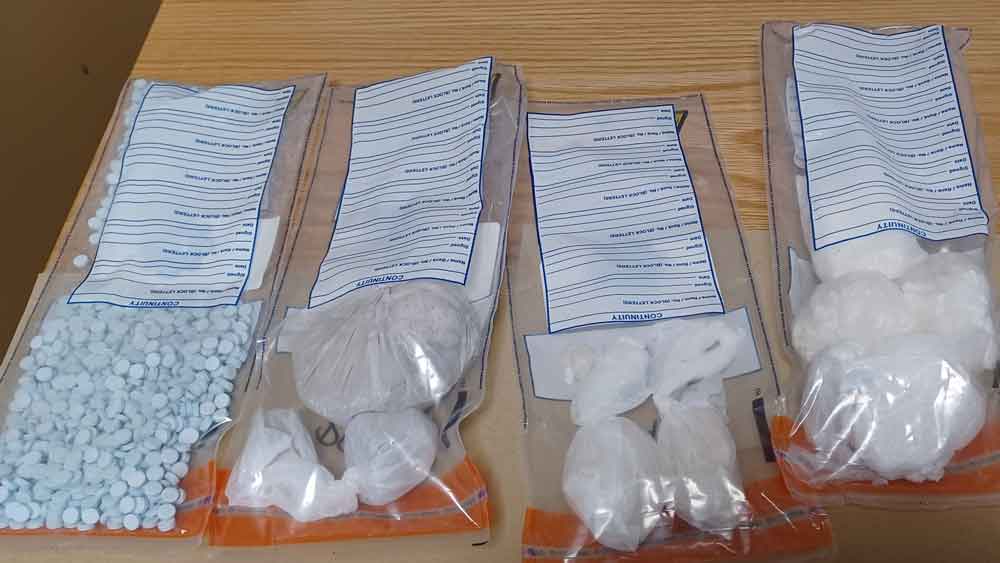 An image of some of the drugs seized (Photo: an Garda Siochana)

GARDAI have arrested seven people as part of ongoing investigations into organised criminal activity and anti-social behaviour in West Tallaght.

At 7am this morning, six residential properties in the West Tallaght area were searched by gardai from the Tallaght district, resulting in the arrest of seven males.

According to a Garda statement issued: “In the course of the searches controlled drugs, including quantities of heroin and crack cocaine (analysis pending) worth in excess of €40,000, and €10,000 in cash was also seized.

“Two males were arrested under Section 30 of the Offences against the State Act, 1939 in connection with recent incidents involving firearms.

“Four males, ranging in age from 20s to 40s, were detained under Section 4 of the Criminal Justice Act, 1984 as part of investigtions into the sale and supply of controlled drugs.

“Those arrested are currently being held at Garda stations in south west Dublin.”

The operation was led by the District Detective Unit and Community Policing Units at Tallaght Garda Station in collaboration with community stakeholders and South Dublin County Council.

The operation is ongoing, gardai said.