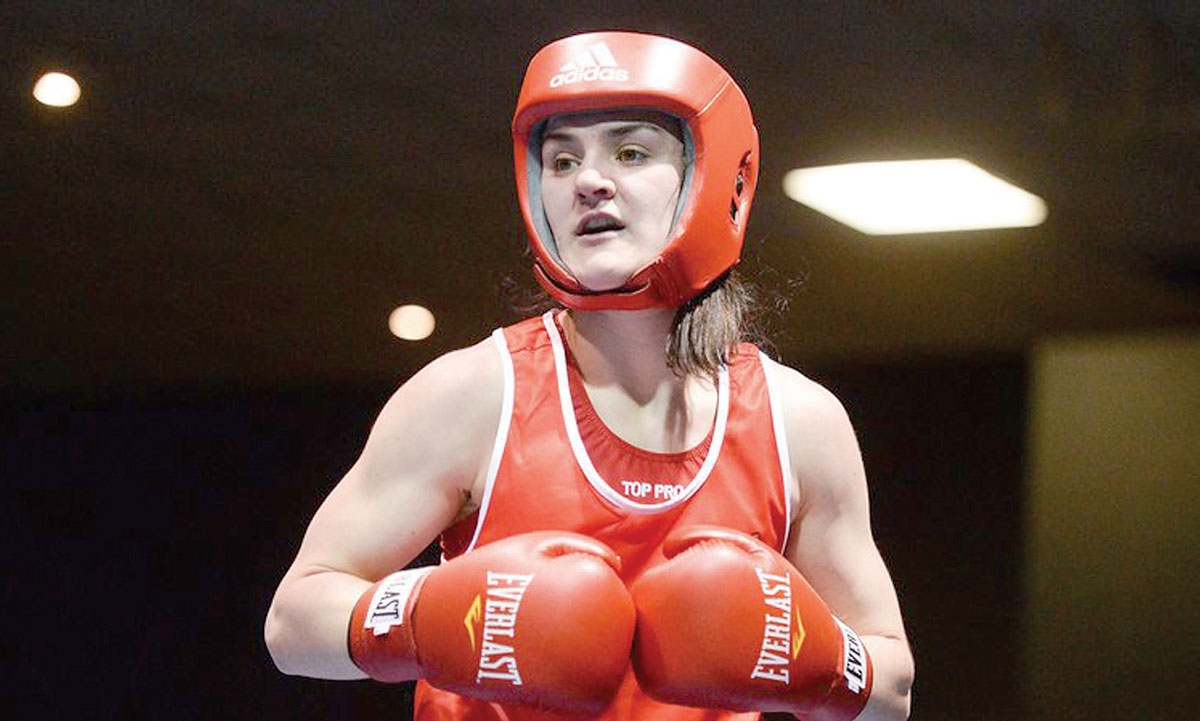 “She’s got all the other medals. She wants an Olympic medal” Harrington’s coach on Tokyo 2020

KELLIE Harrington’s coach in St Mary’s Boxing Club, Noel Burke, is confident the club’s Women’s World champion will soon be back competing on the international stage despite having to withdraw from the lightweight decider at the European Games in Minsk last month with a hand injury.

The St Mary’s boxer had carded two good wins en route to the final, beating Irma Testa of Italy 4-1 in the last eight before taking a unanimous decision against Sweden’s Agnes Alexiusson in the semis.

But the demands of these contests took their toll on her hand which she had broken earlier in the year and she and her team opted to avoid the risk of aggravating the injury by fighting in the final especially with Olympic Games qualifiers on the horizon.

“It was more precautionary” insisted Burke. “Kellie had broken her hand at the time of the Nationals back in February and this her first tournament since then.

“After her first fight [in the European Games] she hurt it a little, but didn’t think anything of it, but after the second it was very sore.

“She went for an x-ray and they thought they saw a line. They weren’t sure if it was a small fracture but they didn’t want to take the risk.

“The European Championships are coming up in August and if all is good she’ll look at competing in that. It’s good to be in competition, but if the hand’s not fully right, she won’t take that chance.

“She’s got all the other medals. She wants an Olympic medal” he stressed.

Indeed Harington will bid to qualify for Tokyo 2020 early next year, hoping to make the cut in one fo a series of qualifiers, one of which takes place in London.

And while she was disappointed at not being able compete for gold at the European Games, Harrington can take comfort in the couple of very impressive performances she put in there.

“She boxed very well” said Burke. “She was up against fighters who were sharp and had been very active so it was good to get wins against them” he added.