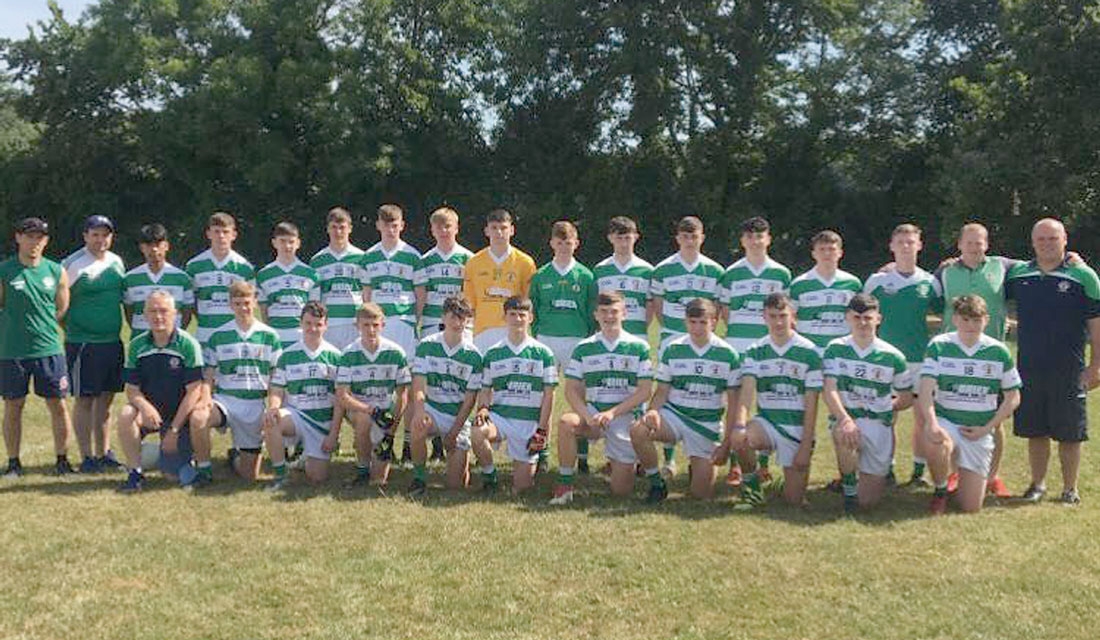 Towers close in on league crown

ROUND Towers are just one match away from lifting the Minor Football League Division Two title as they prepare to face St Patrick’s Donabate in the final game of the campaign next week.

Currently top of the division, the Clondalkin outfit beat Whitehall Colmcille 3-11 to 0-12 last weekend at Collins Avenue to pull two points ahead of the chasing pack with one game remaining.

Round Tower’s minors are one match away from Division Two success.

But Whitehall were no pushovers as they too are challenging for the title and they played very much like a team with skin in the game as they shot into a half-time lead.

It was the combination of midfielder Alex O’Neill and Joseph Leech who broke the deadlock though, firing over a point each early on and between the two they managed to tally 2-6 overall.

By the time corner-forward Leech broke through on goal and found the net, Whitehall had put up enough of a fight to still lead heading into the break despite having a man sent off.

Towers came into their own after the interval, utilising the spare man, Conor Broderick, as a sweeper to protect the defence and win a lot of ball in their own third.

O’Neill finished off a nice one-two move with the impressive Joe Murray for Towers’ second goal of the game while Murray himself hit two of his three points to propel his side in front.

Strength-in-depth is something the Clondalkin boys are not lacking and it showed as Daniel Gibson came off the bench to bag a goal within five-minutes.

There was more drama before the final whistle though when Colmcille were awarded a penalty after the ball had been handled on the ground.

With the conversion going straight for the net, Oisin Douglas got down well into the corner to parry it out and maintain his clean sheet.

NEWER POST“She’s got all the other medals. She wants an Olympic medal” Harrington’s coach on Tokyo 2020
OLDER POSTSheridan is hoping to help guide Ireland in World Cup