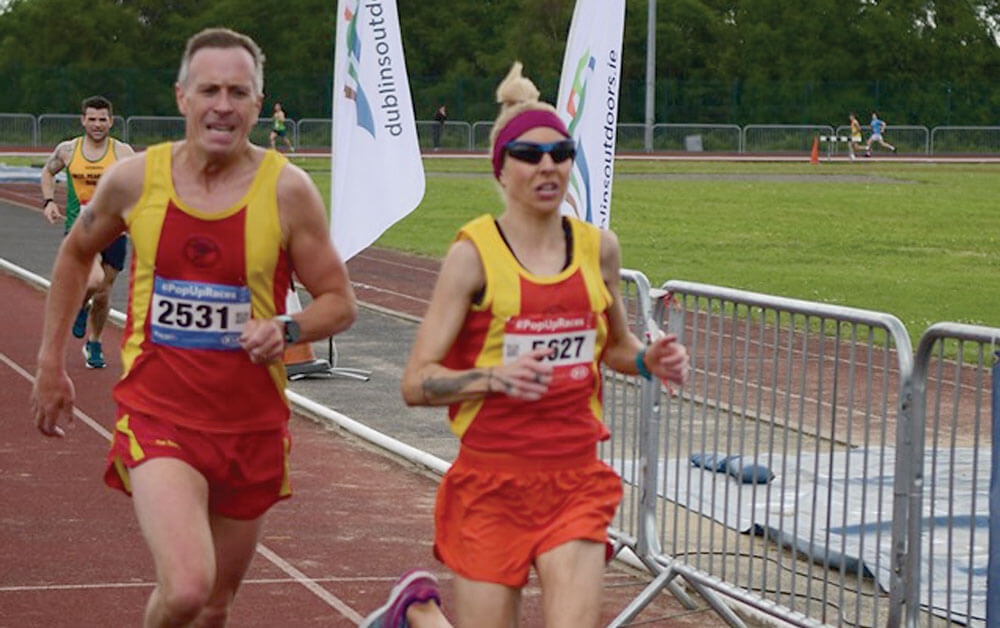 PETER Somba, Dunboyne AC emerged an impressive winner from the Tallaght annual 5km Road Race on Sunday, crossing the finish line in 14.50 ahead of Mark Kenneally, Clonliffe Harriers (14.55) with Richard Horton third in 15.11.

Laura Mc Donnell of the host club won the Women’s category, as she came home 37th overall of the 384 finishers with a strong time of 17.49, adding to her recent victory in the Leixlip 5k in which she was 19th overall of 229 finishers.

Louise Gaffney and Sinead Murray finished second and third respectively and combined with Bernadette Crowley to win the Women’s Team prize for Rathfarnham/WSAF ahead of Tallaght (Laura Mc Donnell, Tara Darcy, Sarah Kinsella) and the Rathfarnham “B” team.

O’Brien also topped the Junior/U20 division when he crossed the line in eighth overall with a time of 16.16 while he took bronze in the Dublin Novice Road Race Championship which was incorporated in the race and combined with David Callaghan 10th (16.21), Dermot Delaney 36th (17.47) and Ger Howard 47th (18.11) to win the team bronze in the Novice Championships which was won by Eoin Devlin (Civil Service) ahead of Jafer Mohammed Abdulshekur (Blackrock AC) with Civil Service winning the team title ahead of Blackrock AC.

Louise Gaffney won the Women’s Novice title ahead of club colleague Sinead Murray with Laura Tuite (Clonliffe Harriers) taking the bronze and Rathfarnham picking up the team title ahead of Brothers Pearse and Sportsworld.

The previous day Tallaght’s Rhasidat Adeleke contested the Leinster Schools Track and Field Championships in Morton Stadium where she produced a number of impressive performances, winning both the 100m (11.69) and 200m (24.34) titles for Presentation, Terenure while Lauryn McDermott posted a time of 20.26 on her way to bronze in the Senior Girls 100m hurdles.