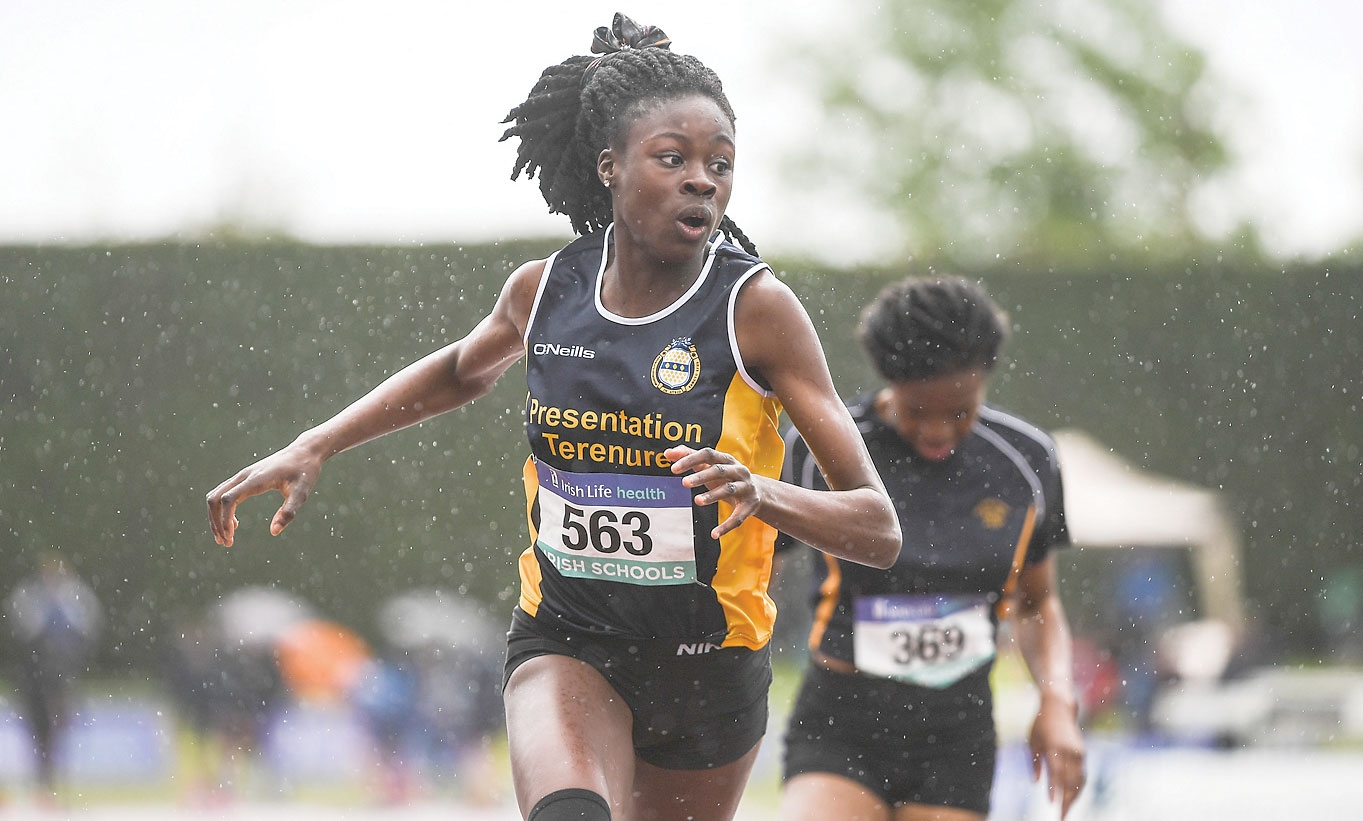 FOLLOWING a tremendous year in national and international athletics Rhasidat Adeleke was declared ‘Emerging Athlete of the Year’ at The Echo 2017 Sports Awards in the Green Isle Hotel.

Along with this came a whole host of county and provincial honours, including another sprint double at the Dublin Track and Field Championships when she took both the Under 16 100m and 200m titles and again anchored the victorious Tallaght Under 16 4x100m relay team.

In the National Indoor Championships, the then 14-year-old competitor produced a 200m time that was faster than the qualifying standard for the European Youth Olympics, the Under 20 European Championships and only one hundredth of a second off the European Under 23 Championship standard.

At the SIAB Track and Field International in Santry, she combined with three other Irish athletes to take the 4x100m relay title.

She then set another new national record time of 11.98 seconds for the Under 16 100m at the National Juvenile Track and Field Championships in Tullamore.

Yet the highlight of her year came at the European Youth Olympic Festival in Hungary where she produced a stunning run to win silver in the 200m before helping the Irish 4x100m relay team to bronze.

Looking back on her tremendous second place finish in Hungary, Rhasidat told The Echo “the experience was unbelievable”.

She added: “I never thought I’d be even representing Ireland, but I’m so happy that it’s happened because I’ve worked so hard this year and to get silver was just a dream come through.

“I’ve seen other people go and it’s amazing to be there yourself.

“I hope to achieve twice as much as I got this year – records, new PBs, go to international competitions again, and push up my place,” she added.