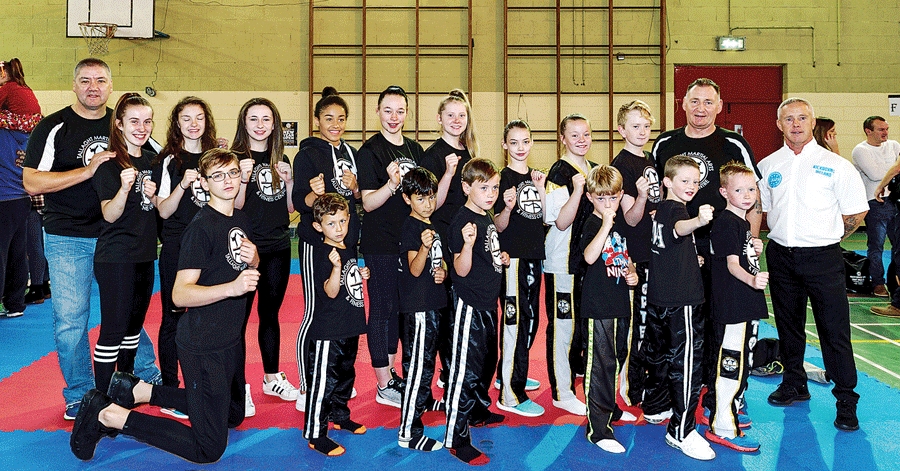 TALLAGHT Martial Arts enjoyed a phenomenal year, taking a huge amount of medals in some of the top international kickboxing tournaments on the 2017 calendar before topping it off with the ‘Club of the Year’ title at The Echo Sports Awards.

A number of Tallaght’s seniors travelled to Budapest only last month to contest the WAKO World Championships where their own Shauna Bannon won two gold and was crowned ‘Best Female Fighter of the Tournament’.

At the WAKO European Cadet and Junior Championships in Macedonia two months before in September, they accounted for two gold and five bronze medals with both Jodie Browne and Conor McGlinchey going top of the podium in their respective divisions.

It was a particularly great year for McGlinchey who was also crowned Junior Grand Champion at the PanAmerican International Tournament in Miami last month.

In the Irish Open, Tallaght MA won four gold, seven silver and 13 bronze medals before heading to the Hungarian Open where they won seven gold, as many silver and five bronze medals.

There they were ranked seventh out of 249 clubs and 2,692 entries while, in the Bristol Open the club scooped three gold,  12 silver and 10 bronze, finishing 10th in the medals table.

“It was a brilliant year for the club, both juniors and seniors,” said Tallaght MA Coach Martin Bannon after his club scooped the title at The Echo Sports Awards.

“We had great results nationally and internationally. World Championships, European Championships and World Cups, so it has been a brilliant achievement by all the fighters,” he added.