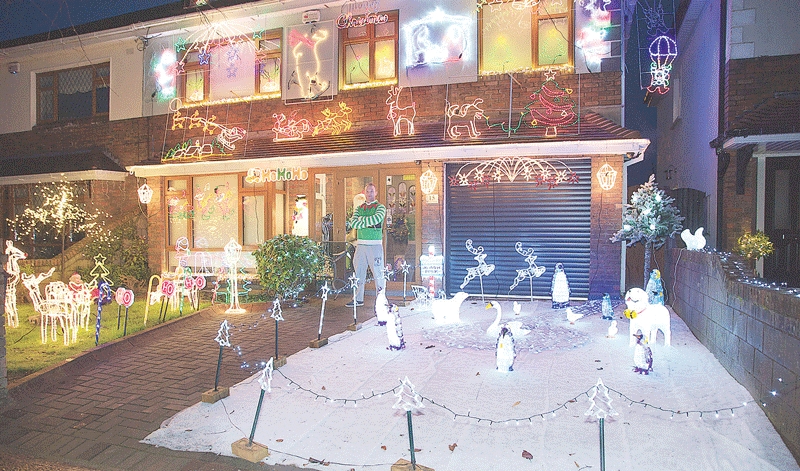 Lights on at Lucan home in aid of Temple Street

A LUCAN resident hopes to raise over €4,000 for Temple Street with his elaborate Christmas lights.

For the last few years the residents of Weston Crescent have been treated to Phil Corcoran’s Christmas lights display.

Phil told The Echo: “About three years ago, I started to put the Christmas lights up outside. Last year I decided to start collecting for Temple Street.”

Last year, he raised over €4,000 for Temple Street and he hopes to raise the same or more this Christmas.

Phil’s house stands out in his estate at night as it’s the only one with outdoor Christmas lights.

The hard work starts in November after Halloween, when he devotes every weekend to putting up the lights and making sure that everything is shipshape.

Phil told The Echo: “I start after Halloween. Every Friday, Saturday and Sunday I spend working on and putting on the lights.”

The lights were switched on in December 2 with a bit of a party.

Phil said: “We had cupcakes, mince pies and hot chocolate. All the neighbours came over. It was a good way to start the fundraising for Temple Street.”

As The Echo goes to press, Phil has raised over €2,000 for Temple Street so far this Christmas. He would love to get it to €4,000. If you are in the area there is a collection box at the front of the house.